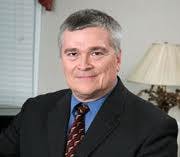 Florida State President Eric Barron says, “Give us a dollar. We know what to do with it.”

At the end of 2012, U.S. News & World Report released a new set of rankings that focus on the level of efficiency in colleges and universities. Florida State University achieved the distinction of being the most efficient national university according to the ranking.

U.S. News‘ methodology combines the ranking system they use to determine the quality of education a school offers and each school’s financial resources for the 2011 fiscal year. Schools that spend less but continue to have a high quality ranking were pushed to the top of this new efficiency list.

Florida State President Eric Barron spoke of two motivations that pushed him and his administration to make big changes toward more efficient operations. On the one hand, budget cuts from the state propelled them into a position in which change was necessary. On the other hand, Barron chose to see the budget cuts as an opportunity that could benefit both the school and the students.

The Florida State University Board of Trustees created a committee of business leaders who looked into ways they could cut back in certain areas of the budget and use any additional funds to invest in academic programs. Rather than using phrases like “budget cuts” and concentrating on what FSU has had to lose, Barron speaks in terms of investments in students and the budget lines that are going to increase the quality of the education and improve college completion rates.

As an example, FSU has made cuts to their operations budget and worked to save on energy costs. They also continue to invest in advisers and mentors for students. They recently invested in an academic map that lets professors know what major students have selected and see if students are making decisions that will slow down their progress to graduation. Barron emphasizes that he wants to make a “direct investment in what we know will impact retention and graduation rates.”

When asked about the new ranking, Barron didn’t hide that he’s pleased to be at the top of the list. “I looked at things and decided myself that we were efficient. I had been saying that out loud for two years to everyone who would listen. We felt validated that someone outside the university put us on that list,” he says.

“Give us a dollar. We know what to do with it. Give us a dollar and we will invest it in quality. We have proven that we can do that,” he adds. But he acknowledges that there’s a different way of looking at it. Some people worry that FSU is cutting important programs and trimming down to bare bones. In some cases, instead of having several people set aside for a person, they may have one. Opponents of the budget cuts have argued that that can negatively impact quality.

The new efficiency ranking could represent a shift in thinking. Dr. Joshua Hall, the associate director at the Center for College Affordability and Productivity, mentioned that the rankings in general, from his perspective, are all about the resources a school has and how they use those resources. Schools with more resources tend to be higher up on the list. “As an economist,” he says, “I think about efficiency as getting more with the same amount of resources or getting the same with less.”

Barron chooses to look at the rankings not as a status he should achieve, but rather as measurable guidelines for how schools can improve. He looks at specific metrics in the rankings and says, “I want to be better there. And I know how to be better there if I set my mind to it.” If other schools view the rankings this way and less as a competition, it could help shift the focus back to the success of the students.

The staff at FSU has big plans for the next few years. Barron emphasizes that he doesn’t want to stop looking for new ways to become efficient and free up funds for other endeavors. The administration has a “Big Ideas Book” that includes a list of initiatives in which the university wants to invest. One that springs to the forefront of Barron’s mind is opening some classes in the business school to students of other majors. He argues that if an engineer or a musician graduates with skills in business and entrepreneurship, it could increase their earning potential. This kind of endeavor would cost extra money, but they believe it’s well worth it.

Concentrating on being highly efficient as a university could open up funding and allow room for innovative programs that ultimately help students graduate and prepare them for life after college.