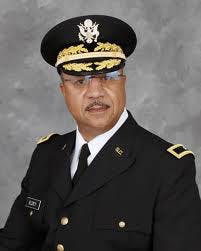 Thomas Elzey is a finance site administrator with a deep portfolio of experience in the public and private sector.

The trend among Historically Black Colleges and Universities (HBCUs) toward bringing in a new generation of leaders with strong business and finance credentials continued Thursday, when the sharply divided board of trustees of South Carolina State University (SCSU) named Thomas J. Elzey president of the troubled institution.

Elzey, executive vice president for finance, administration and operations at The Citadel, was chosen by SCSU trustees by a 6-5 vote, despite passionate appeals from student body leaders, faculty and community activists to give the job to Dr. Cynthia Warrick, the interim president. She has built a constituency at the institution since being hired nine months ago, a time during which the university board faced intense criticism as a fractured organization.

Elzey, who joined The Citadel in 2011 as the first Black executive at the prestigious, historically White institution, is a finance site administrator with a deep portfolio of experience in the public and private sector. In addition to serving in Washington with the federal government’s Resolution Trust Corporation, he has served in senior finance positions at Drexel and Howard universities.

Elzey has also served as chief executive of the San Francisco Public Utilities Commission and budget director in the Office of Budget and Management for the City of Chicago.

“We thought he could bring the skills set we need at this particular time,” said SCSU Board Chairman Walter Tobin. “Our faculty was not pleased, students protested, and some alumni had questions,” Tobin said in a telephone interview late Thursday. Still, Tobin said, “we thought a man of this kind, of this ilk, was right for the university.”

The selection of Elzey comes just months after two other high profile institutions — Tennessee State University and Fisk University — turned to finance-savvy academicians to fill presidential vacancies. Both were deans of the respective business schools at the previous institutions before taking the new posts and had extensive experience engaging the business world on a level footing.

While several institutions have selected presidents from the traditional molds, that is academicians with liberal arts or science backgrounds, there is a consensus in the world of higher education that university boards and their search committees are more willing today to expand their boundaries given the increasing need to identify new sources of money.

SCSU, which has had four presidents (including interims) in the past four years, is in serious need of rebuilding on several fronts observers of the university say. In addition to a governance leadership team frequently described as dysfunctional, the institution has lost hundreds of students and, like other state-supported universities in South Carolina and other states, is losing millions of dollars in state aid.

“For the past eight to 10 years, that board has had issues,” said SCSU alum and veteran state representative Jerry Govan, one of several sponsors of legislation that would change the composition and structure of the SCSU board of trustees. “Clearly there’s a disconnect between some of the members and what their roles and jobs are.”

In its heyday, SCSU got as much as $26 million in one year from the state, Govan recalled. It now gets less than $12 million, he said. Enrollment, meanwhile, has fallen to about 3,500 from its peak of around 5,500 students, Govan said.

“A lot of that has to do with what’s going on at the school,” said Govan.

Elzey’s tenure as president at SCSU already is being debated, as the university’s board made its decision after ignoring a growing chorus of voices urging it to suspend the presidential search.

In February, students joined others in the community in urging the trustees to suspend their search and select Warrick, the interim president. Later, the state legislature passed a non-binding resolution urging the board to suspend the search at least until the Legislature voted next month to determine who would be on the board.

The Legislature stopped short of ordering its wishes, so as not to run afoul of Southern Association of Colleges and Schools (SACS) rules regarding political interference in institution affairs.

Six of the 11 SCSU board member terms expire next month, and most, if not all, of the current members who voted for Elzey, including chairman Tobin, are expected to be opposed and defeated in their bids for reappointment.

Tobin and others said it is not likely Elzey would be terminated before he starts if the board majority changes, as no laws were broken in recruiting and selecting him. He is set to officially start work in mid-June. That said, SCSU has a reputation of late for hiring and firing presidents on short notice.

“We expect a smooth exit and smooth transition,” said Tobin, a retired veteran schools administrator, acknowledging the presidential search process has had its share of drama. “I think [Elzey] has the ability to bring this group together.”