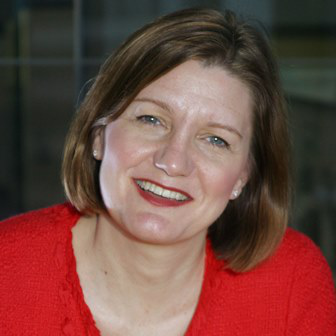 Kate Walsh is president of the National Council for Teacher Quality.

When the National Council for Teacher Quality decided to include a “strong design for diversity” component in its Teacher Prep Review, released this past June, the purpose was to show how well teacher prep programs were doing at recruiting racially and ethnically diverse candidates. NCTQ leaders say minority teachers can play a role in helping to raise minority student achievement.

“We know that kids of color can perform better in the classroom when they have teachers that match their race,” says Kate Walsh, president of NCTQ, citing research that has shown that Black students do better when assigned a Black teacher.

Despite the purported benefits of having a teacher of the same race, minority teachers remain woefully underrepresented in relation to the proportion of America’s minority students.

To encourage national recruitment efforts for minority teachers, NCTQ decided to acknowledge teacher prep programs that had what the organization considers noticeably higher proportions of candidates of color.

“We want to make sure that the profession is doing what it should be doing to attract high-quality candidates of color to the profession,” says Walsh.

If the purpose of NCTQ’s “strong design for diversity” component was to spark a conversation about the diversity—or lack thereof—in America’s traditional teacher education programs, then NCTQ has succeeded. The problem is that those in the field don’t have much good to say about the methodology that NCTQ employed in order to determine whether a particular teacher prep program was diverse.

In fairness, the analysts at NCTQ are not stubbornly defending what they admit is an “imperfect” methodology. In fact, when a Diverse writer pointed out a potential shortcoming in the methodology—namely, how measuring teacher prep program diversity against the university’s diversity overall may not be very meaningful—NCTQ responded by saying the organization plans to propose an alternative methodology to its technical panel when it convenes this fall.

Be that as it may, nothing can undo the fact that NCTQ officials went on record earlier this year and said that it had identified 83 undergraduate and graduate programs that were both selective and diverse, thereby dispelling the notion that teacher prep programs will become less diverse if they raise the bar for admission.

So how exactly is NCTQ judging diversity?

In a nutshell, at the undergraduate level, NCTQ deemed a program to have a “strong design for diversity” if it met certain selectivity standards—such as a 3.0 GPA or a combined SAT mathematics and verbal score of 1120 or higher, or a mean ACT composite score of 24 of higher—and if the racial diversity of the program “in combination with all other undergraduate teacher preparation programs at its institution is greater than the racial diversity of the institution itself.”

But problems arise when a closer look is taken at actual institutions and their figures.

Take, for instance, the secondary education program at Walla Walla University in the State of Washington. The program was deemed as having a “strong design for diversity” based on the fact that nine out of the 42 students enrolled in all the teacher prep programs at the university in the 2010-2011 year—or 21.42 percent—were non-White, which is slightly higher than the proportion of non-White students who were enrolled that year at Walla Walla overall, which was 19 percent.

However, the following year, there were only 13 non-White students out of a total of 86 students, or 15.11 percent.

Accordingly, if Walla Walla had a “strong design for diversity” one year, it was gone the next.

“There is so much wrong with that,” says Barnett Berry, founder and CEO at the North Carolina-based Center for Teaching Quality, or CTQ, not to be confused with NCTQ, which is based in Washington, D.C.

“To just measure a portion of teacher ed students of color to the proportion in the larger university says nothing about what really needs to be asked and answered about this issue,” Berry says.

He adds NCTQ’s methodology could make some schools look better because there are so few students of color in the larger university in the first place.

“If you want to ensure whether universities are doing their job, in terms of recruiting diverse candidates to the profession, you really have to look at the larger issue of state and federal policy and what financial incentives are in place to enable students of color to afford to go to those ed schools because they are less likely to have the financial wherewithal to go to college,” explains Berry.

“This is not something you can narrow down to a percent, number or statistic,” he continues. “It has to be assessed in a more qualitative way.”

Another problem with NCTQ’s data is that there’s no way to figure out what subjects the minority graduates were ultimately prepared to teach. This is key, because for minority candidates who go on to become gym, music or social studies teachers, they’re not teaching subjects that are assessed on standardized tests and thus would have no direct impact on student achievement in those subjects

Renee Moore, an English teacher at Mississippi Delta Community College and a member of the National Board for Professional Teaching Standards, notes how oftentimes minority students may be enrolled in a teacher prep program but are unable to pass the Praxis exam to get licensure needed to enter the profession.

For that reason, she says, any assessment of how diverse a teacher prep program is should factor Praxis pass rates for minority students.

“The Praxis itself is a whole issue in the question of diversity and bringing teachers of color into the pipeline because a lot of our teacher candidates get stopped right there,” says Moore.

“I only wish there were sources of data we could use to factor in diversity at the end of the line,” says Julie Greenberg, senior policy analyst for Teacher Preparation Studies at NCTQ. “But teacher production data are funky in every which way.”

Greenberg says Diverse “brought up a great point” about how the Strong Design for Diversity indicator did not recognize education schools that may have a relatively high proportion of minority students but do not exceed the diversity of the universities in which they are housed.

“We reviewed our findings and identified a handful of programs in states that currently do not have a ‘Strong Design’ program but that have a higher proportion of minority students than the national teacher corps (16.9 percent per the 2008 NCES School and Staffing Survey) and the state teacher corps,” Greenberg wrote to Diverse. “We plan to propose this alternate ‘Strong Design’ pathway to our technical panel when it convenes in the fall.”

Jamaal Abdul-Alim is a 2013-14 Spencer Education Journalism Fellow at Columbia University. His fellowship project involves examining the impact of teacher prep reform on student achievement and diversity within the teaching profession.