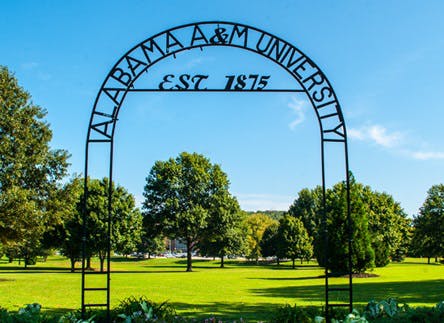 A new analysis of public land grant universities indicates that 10 states failed to provide more than $56 million in mandated state appropriations to historically Black institutions federally designated as 1890 Land Grant universities from 2010 to 2012.

Released by the Washington-based Association of Public and Land-grant Universities (APLU), the policy brief, “Land-Grant But Unequal: State One-to-One Match Funding for 1890 Land-Grant Universities,” details how 10 of 18 1890 institutions in 17 states did not receive more than $56 million due to them in state matching funds. Between 2010 and 2012, the underfunded 1890 HBCUs received nearly $245 million from the U.S. Department of Agriculture (USDA) for research and cooperative extension activities yet their respective states matched only $188 million.

In contrast, the analysis by the Washington-based Association of Public and Land-grant Universities (APLU) notes that, over the same period, the states either fully matched or exceeded the appropriations funding that went to predominantly White universities, known as 1862 Land Grant universities. Included in the APLU analysis, or policy brief, are policy recommendations aimed at correcting the inequity in funding for the historically Black land grant institutions.

“The reason that we undertook this particular study was the concern from many of the 1890 presidents that they were not getting the one-to-one match” in funds as the 1862 Land Grant universities were getting, said Dr. John M. Lee Jr., the vice president for the APLU Office of Access and Success.

“The APLU has always been concerned about the entire land grant system and believes that it’s stronger when every land grant in a state is fully funded and able to do the extension and the research work necessary for the land grant system,” Lee noted.

“The hope of the recommendations that we made is to really try to get toward a solution where states are able to really deal with this in a more systematic way that ensures the entire land grant system is fully funded,” he added.

Lee noted that under the 1862 Morrill Act—which created the majority of U.S. land-grant institutions—and the Morrill Act of 1890—which established 18 historically Black land-grant universities—the federal government became obligated to provide financial support to schools on the condition that states matched the federal funding levels.

Lee explained that states did not fully meet their 1890 obligations because either they had budgeting challenges or they have traditionally neglected to fully match the USDA funding. He said that a study over a longer period of time would have likely revealed how some states continue to shortchange their HBCUs even after desegregation mandates have prescribed equal funding for formerly segregated public colleges and universities.

“There’s always been a history of underfunding HBCUs,” said Lee.

The following are recommendations detailed in the policy brief:

1)    States should ensure that 1890 land-grant universities receive the one-to-one matching of funds from the state in a separate line-item budget.

2)    States should ensure that both 1862 and 1890 land-grant universities receive the same percentage of matching funds in their appropriation dollars.

3)    States should ensure that the process to request and receive matching funds is the same for 1862 and 1890 land-grant universities.

4)    Federal legislators should provide oversight to ensure that states meet their obligation for providing the one-to-one matching requirement and should incent states to provide the same percentage of formula match funding to both 1862 and 1890 land-grant universities within their state.

Dr. Marybeth Gasman, a professor of higher education at the University of Pennsylvania’s Graduate School of Education, said the findings in the APLU policy brief did not come as a surprise. As a historian of historically Black institutions, Gasman has observed that “for a long time … in private funding [and] in public funding, HBCUs have not been equally funded.

“It’s very disheartening that once again HBCUs, these public HBCUs, are being cheated out of funding that they really deserve and should have,” said Gasman. “For me, it was a continuation of patterns that I have seen.”

She continued, “I think the data are pretty relevant and pretty compelling … and [the brief provides] a really concrete history of inequities in funding.”