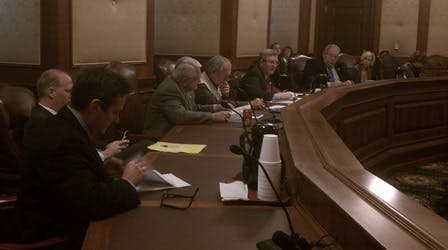 During a Capitol Hill briefing, the Committee for Education Funding held a bake sale to voice its frustration with sequester cuts.

WASHINGTON – With Americans bracing for a possible government shutdown over Republican opposition to Obamacare, a Washington-based education coalition group found a novel theme Wednesday to dramatize the effects of the federal budget sequestration.

At a Capitol Hill briefing, The Committee for Education Funding (CEF), a coalition of 111 national education associations and institutions, took the opportunity to hold a “Sequestration Bake Sale.” During the briefing, which was held in a U.S. Senate hearing room, officials from organizations representing federal programs, such as Head Start and TRIO Student Support Services, urged attendees to help end the federal budget sequester. The audience was made up largely of Senate staffers.

Kimberly Jones, CEF vice president and board member, said the Sequestration Bake Sale briefing was “our way of getting attention in a more nontraditional way” for the federally-supported education programs that have been hit by sequestration, or automatic budget cuts, that took effect earlier this year.

“What do schools across America do when they’re trying to raise money? They have a bake sale,” Jones told Diverse. “It’s a tongue-in-cheek way of drawing attention.”

U.S. Senator Tim Kaine, D-Va., blamed Republican Party opposition to Obamacare as a major factor in the ongoing stalemate over federal budget policy. Instead of a focus of investing in education, Kaine said the Republican opposition to the Affordable Care Act (ACA), or Obamacare, has prevented Congress from currently pursuing productive policies. “That’s what’s driven a lot of the sequester politics,” he said of ACA opposition.