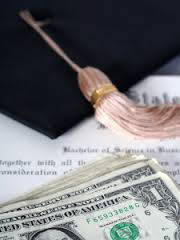 Greg Noll balances his engineering major at Columbia University with a work-study job in the university’s fitness center, filling spray bottles, wiping sweat off the machines and picking up towels for 20 hours a week at $9 per hour.

He uses the money for his living expenses — buying books and food and going out with friends on the weekends.

“I try to put some away, but it’s college,” Noll says. “Everyone here needs money, whether they come from better-off families and don’t have the money to live a life they’re used to, or don’t have money in general and are really just trying to live.”

In fact, much of the more than $1 billion a year in federal taxpayer-funded work-study money is going to the children of better-off families at expensive private universities, and not their lower-income counterparts, under a 50-year-old formula those pricey universities are unlikely to willingly relinquish.

The formula “disproportionately benefits the students who need it the least,” says Rory O’Sullivan, policy & research director at the youth advocacy organization Young Invincibles. “At a time of tight budgets, it doesn’t make sense. It should go to people who can benefit the most.”

Unlike other federal financial aid, the money for work-study isn’t allocated based on how many students at a university actually need it, but on how much the university got the year before, and how much it charges. That perpetuates a system under which universities that have been invested in work-study the longest, and have the highest tuition — largely, private nonprofits — are its biggest beneficiaries.

The result is that, today, nearly one in four work-study recipients comes from a family that earns more than $80,000 a year, a higher proportion than come from families that make less than $20,000, according to new figures from the U.S. Department of Education. Nearly half attend private, nonprofit universities and colleges. And fewer than half meet the federal definition of financial need.

By comparison, private, nonprofit institutions enroll only 17 percent of all students but get 40 percent of the funding.

“Colleges that got the money from the beginning keep getting the money,” says Debbie Cochrane, research director at the Institute for College Access and Success. “It doesn’t go where the low-income students go. It’s counterintuitive that we have a financial-aid program that is supposed to support students who are at precisely the schools we don’t give the money to.”

It’s not just community colleges that are losing out. Florida State University, for instance,  gets less than one-fifth as much work-study money as Columbia — the most expensive higher-education institution in America, according to the Department of Education — even though Florida State is five times bigger and has a much higher proportion of low-income students, research at the Community College Research Center at Teachers College, Columbia University, found. Harvard gets 22 percent more work-study money than its proportion of students who meet the standard of financial need.

The disparity comes at the same time that colleges and universities are increasingly steering their own financial aid to students from wealthy families who also fall above the standard of financial need.

Several organizations, including Young Invincibles, are turning their attention to the issue of fairness in federal financial aid. The Senate Education Committee has begun holding hearings about it as part of the long process of updating guidelines for the system, which Congress is required to do periodically. Witnesses have urged the committee to make significant modifications to all financial aid.

But observers expect the universities and colleges that benefit from the work-study formula — and that also receive free and cut-rate labor through it — to lobby forcefully against any changes.

“I would be surprised if they didn’t,” O’Sullivan says. “Institutions certainly get a big benefit from having students work and having the federal government pay for it, so there’s an incentive to holding on to that money.”

Begun in 1964, work-study cost taxpayers just under $1.2 billion during the 2010-2011 academic year, the last for which the figure is available. The money went to 711,588 students, who earned an average of $1,642 each by working in dining halls and libraries and at other jobs on and off campus. Some of the cost of the students’ salaries is shared with the institution; in other cases, the government covers the full amount.

The importance to many students of work-study was further underscored when the program was reduced by about $50 million under the automatic spending cuts forced on all federal departments by sequestration after Congress and the president couldn’t agree on budget reforms. Some 33,000 students lost their work-study jobs this fall.

“That was a tremendous setback for students who really need it the most,” says Sam Dotters-Katz, president of the student government at the University of Oregon, who says he’s aware of at least one on his campus who had to transfer to a less-expensive school as a result. “Federal work-study is one of the ways that low-income students can pay for college.”

Even though the program usually pays only minimum wage, “to those 33,000 students, it was probably a lot of money,” says Michelle Asha Cooper, president of the Institute for Higher Education Policy.

Cooper says work-study, among other things, can improve the odds that low-income students eventually will earn degrees. That’s because it lets recipients make money without leaving the campus, and even study on the job — an advantage over the off-campus jobs held by increasing proportions of students that have been shown to slow down and derail the path to graduation.

Seventy-two percent of U.S. undergraduates work at least part-time while in school, most of them off campus, and one in five work 35 hours a week or more, the U.S. Census Bureau says.

Those students “are more focused on working than they are on studying,” cays Cooper. “The more they work to pay for school, the less well they do. If we enhance work-study, we can do a lot to improve their academic outcomes.”

Since the work-study program was established, “the world has changed,” says J. Noah Brown, president and CEO of the Association of Community College Trustees. Tuition has skyrocketed, putting higher education beyond the reach of many low-income students.

To help, the system needs to be revamped, Brown says.

“We need to find ways that we could use these things more effectively.”