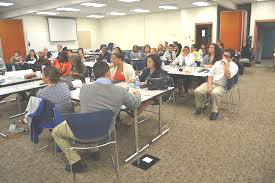 Tello spent much of his childhood in the U.S. without legal permission after his parents moved from Peru when he was 6.

That changes if he re-enrolls this fall, as he plans, thanks to a law recently signed by New Jersey Gov. Chris Christie that provides in-state tuition to immigrants like him.

Supporters of immigrants’ rights are energized because after years of contentious fights, New Jersey and three other states passed statutes last year that will allow such students who came to the U.S. when they were minors to pay in-state tuition.

Fifteen states now have such a statute, says Ann Morse of the National Conference of State Legislatures. In addition, university boards in Hawaii, Michigan and Rhode Island have granted these students in-state tuition. To qualify, high school graduates typically must meet requirements, such as living in a state for a set number of years.

Supporters next plan to step up lobbying on a related issue: making these students eligible for state financial aid, including scholarships or grants. Already, California, New Mexico and Texas have laws spelling out this right, and it is under consideration in states such as Washington.

Sen. Patty Murray, D-Wash., and Rep. Jared Polis, D-Colo., filed a bill in Congress that would provide money to states that offer in-state tuition or financial aid to these students.

“It’s an economic issue, and it’s an issue of fairness,” Murray says.

In this time of financial austerity, the bill faces a difficult road.

The students are known as “Dreamers” ― from the shorthand for legislation stymied in Congress that provides a way for them to permanently remain in the U.S. The measure’s full title is the Development, Relief, and Education for Alien Minors Act (DREAM Act).

But in many cases they are able to remain in the United States under President Barack Obama’s 2012 “deferred action” program. That allows immigrants brought into the United States without legal permission as children by their parents to obtain temporary resident status for two years. The status is renewable.

Tello and Yves Gomes, 21, who was brought to the U.S. from India as a toddler, signed up.

Gomes attends the University of Maryland and pays in-state tuition, which he had lobbied for. But he says in some cases that isn’t enough. He called for state and other financial aid, especially for those who don’t qualify for Maryland’s in-state tuition benefit.

Tuition and fees for Maryland residents come to about $9,000 this academic year, compared with more than $28,000 for those from other states. That doesn’t include thousands more in room and board.

“I met so many friends who are off and on in school just because they have to take time off to help their families put food on the table. You have to survive,” Gomes said.

The issue of what educational benefits should be available to immigrants living illegally in the country has been contentious. Critics say helping the students encourages unlawful behavior and means they potentially take someone else’s seat at taxpayers’ expense.

“I don’t understand why they would take taxpayer dollars that could be going to U.S. citizens and instead subsidizing the education of noncitizens who could also be deported,” says Kris Kobach, the Republican secretary of state in Kansas who has litigated immigration-related cases. “Why would you subsidize a workforce that may not be there tomorrow?”

Kansas passed a law in 2004 that granted the in-state tuition benefit to students living in the country illegally.

Alabama, Arizona, Colorado, Georgia, South Carolina and Indiana bar the in-state benefit altogether, according to the National Conference of State Legislators. In Wisconsin, in-state tuition was authorized in 2009, but later repealed.

Politicians have taken heat on both sides.

In the 2012 Republican presidential primary, Texas Gov. Rick Perry ended up apologizing after saying critics of in-state tuition for students in the country illegally “did not have a heart.” In last year’s gubernatorial race in Virginia, GOP Attorney General Ken Cuccinelli was dogged during his unsuccessful campaign by a vote opposing the in-state tuition benefit earlier in his career.

Christie agreed to sign the New Jersey bill only after issuing a conditional veto that took out the financial aid component.

“It definitely felt great that now a lot of ‘dreamers’ in New Jersey, including myself, will be able to return to school, but at the same time it feels like we were lied to by Gov. Christie, who when he was campaigning, said he was going to give full equality to the Latino community,” Tello says.

He was campaign manager for the New Jersey Tuition Equity for Dreamers, and says he dropped out of college after attending part-time for three semesters because of the cost. Out-of-state tuition at Rutgers is about $24,700 compared with about $10,700 for an in-state student. Full-time students also pay nearly $3,000 in fees, in addition to room and board.

On the day he signed the bill, Christie explained his decision this way: “This is what compromise looks like.” Christie said the important thing is that these students will now have an “affordable” way to continue their education.

About 65,000 students living illegally in the country graduate annually from high school and about 5 percent to 10 percent of them go to college, the American Association of State Colleges and Universities has estimated.

Daniel Hurley, an official with the association, said even when these students are able to get a college degree, their future work prospects are limited.

“They are caught in the limbo,” Hurley said. “It’s certainly frustrating to see.”