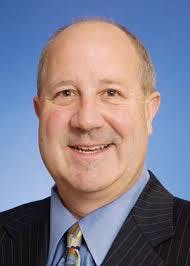 BOULDER, Colo. ― A visiting conservative scholar at the University of Colorado says educational institutions have gone overboard trying to protect people from discrimination.

Steven Hayward said in an interview with Colorado Public Radio on March 17 that women were underrepresented in higher education for years. However, outdated opinions remain on the issue, even though much has changed, he said.

The statement came a month after Hayward published an opinion piece in the Boulder Daily Camera on Feb. 19, in which he criticized an internal university report concluding there was continuing discrimination against women on campus.

Hayward’s statements have drawn fire from student leaders and prompted the administration to distance itself from his remarks.

The report from the American Philosophical Association’s Committee on the Status of Women cited 15 complaints made to CU’s Office of Discrimination Harassment since 2007.

The committee found that female members of the philosophy department were leaving at disproportionate rates after reportedly feeling anxious, depressed and demoralized.

“The report’s finding that ‘some male faculty have been observed ‘ogling’ undergraduate women students’ should require something more substantial than was offered. Count me as shocked, shocked, that faculty ogling would occur,” he wrote in the newspaper column.

CU spokesman Ryan Huff said Hayward’s comments do not reflect the views of the university administration and Hayward is entitled to his opinion.

Schaefbauer and Pratt said their criticism of Hayward does not apply to the visiting conservative scholar program, which is expected to continue for two years.

The campus is searching for the second scholar who will teach and host events on the campus in 2014-2015.