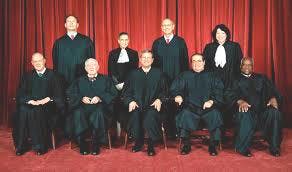 A state’s rights decision Tuesday by the United States Supreme Court may further impede the ability of racial minorities to attend state-supported colleges and universities in Michigan and six other states, yet does not change the court’s overall position that the use of race is still a valid consideration in other states for devising admissions strategies.

The amendment, championed by Black California conservative activist Ward Connerley, was approved by 58 percent of citizens voting. It prohibits “affirmative action programs that give preferential treatment to groups or individuals based on race, gender, color, ethnicity or nation origin for public employment, education or contracting purposes.”

The racial prohibition has been enforced by the state since its enactment while the hotly contested issue worked its way through the federal courts. During the time since the 2006 vote, estimates are minority enrollment in Michigan’s state-controlled institutions has been on a steady decline, as has happened in California where a similar amendment was enacted more than a decade ago.

At the three-campus 60,704-student University of Michigan, considered the state’s flagship institution of higher learning, empirical enrollment estimates by several higher education groups suggest the historically small Black and Latino enrollment at the institution has dropped by a third to 50 percent since the state constitution amendment was passed.

Tuesday’s high court decision predictably was praised by states rights advocates and opponents of affirmative action rooted in the Civil Rights decades of the 1950s and ’60s who have argued such practices have created reverse discrimination against Whites.

The ruling was also widely criticized by progressives and leaders of numerous higher education advocacy groups. They cited the ruling as another blow against affirmative action in higher education.

Washington said he expects more affirmative action opponents will be energized by the Supreme Court decision. So will affirmative action proponents, he said, noting that citizens’ demonstrations already are planned for later this week on the campus of the University of Michigan.

Dr. Ben Reese, president of the National Association of Diversity Officers in Higher Education (NADOHE), also expressed disappointment in the court’s decision, saying it further hurts the cause in higher education backing use of a more “holistic” approach to admissions, one that embraces the diversity of backgrounds of applicants.

Reese, a professor at Duke University, said it was too early to make sweeping assertions about the future impact of Tuesday’s court ruling, noting he felt it would take several weeks for all affected to assess the details and nuances of the court ruling whose six-member majority stressed affirmative action and racial considerations in enrollment policies and practices.

“The next few weeks will be critical,” said Reese, asserting that the position of other states should be clearer by then as politicians will have sensed whether the issue is on the radar of their constituents and, if so, in what respect.

Meanwhile, Reese and others said attention will remain focused on the high court’s ruling next year as it again reviews challenges to affirmative action in the case of Fisher v. The University of Texas. That decision, which continued to allow consideration of race in admissions policies, was heard in December by the United States Court for the Fifth Circuit.

“All colleges and universities, in Michigan and every other state, should be able to seek to create the most challenging possible academic environment and produce students fully prepared to function in today’s society — and a diverse student body is critical to that pursuit,” said Molly Corbett Broad, president of the American Council on Education (ACE), the umbrella group of the nation’s colleges and universities.

“We continue to believe that each public institution in Michigan should decide for itself whether there is a need to consider race or ethnicity in admissions in order to achieve sufficient diversity on campus,” Broad said.

That battle being lost for the time being as a result of Tuesday’s ruling, Broad said ACE was “pleased” the court did not use the Michigan decision to address issues in the Texas case.

In addition to Michigan, the other states with constitutional bans on affirmative action practices by public agencies are California, Washington, Arizona, Nebraska, Oklahoma and New Hampshire.