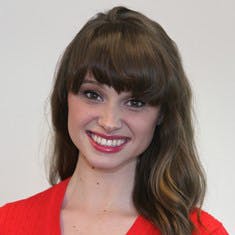 Bailey Loverin, a literature major at the University of California, Santa Barbara, initiated a proposal for “trigger warnings” on her campus.

SAN FRANCISCO ― It seemed like a modest proposal, or so thought Bailey Loverin, a literature major at the University of California, Santa Barbara: What if professors were prodded to give students a written or oral heads-up before covering graphic material that could cause flashbacks in those who had been sexually assaulted, survived war or suffered other traumas?

The idea proved popular with Loverin’s classmates. Student government leaders at UCSB endorsed it. Faculty at other schools, editorial writers and online pundits had a different reaction, calling it “silly,” ‘”antithetical to college life” and reflective of “a wider cultural hypersensitivity to harm.”

“What I have heard from a lot of people who don’t fully understand the issue is, ‘Life is life. You are going to get your feelings hurt and you should just suck it up and meet it head-on,’” Loverin, 19, said. “But a girl just raped a month ago and sitting in a classroom for the first time again isn’t ready to face that head-on.”

The uproar over her “Resolution to Mandate Warnings for Triggering Content in Academic Settings” has called public attention to the use on college campuses of “trigger warnings,” a grassroots phenomenon that had spread quietly from the Internet to the ivory tower.

This year, the University of Michigan, Bryn Mawr College in Pennsylvania, Oberlin in Ohio, Rutgers in New Jersey, Scripps in California and Wellesley in Massachusetts all have fielded requests from students seeking more thoughtful treatment of potentially troubling readings, films, lectures and works of art.

Trigger warnings are advisories often written in bold type and affixed to a post, tweet, YouTube video or increasingly, a class syllabus. Long a feature of feminist web sites and originally used to warn rape and abuse survivors, they are designed to give people who might be negatively affected a chance to opt out.

The topics students are asking to be cautioned about cover a broad swath of human suffering.

“Classrooms have always been spaces where difficult, traumatic stuff got dealt with,” said Angus Johnston, an associate professor at Hostos Community College in the Bronx, N.Y., and historian of student activism. “What’s different now is, partly as a result of this new ethos in the online world of trigger warnings, you are seeing people being willing to assert themselves and say, ‘My emotional well-being does matter.’”

Laurie Essig, an associate professor at Vermont’s Middlebury College, first heard about trigger warnings in the college context five years ago, following a discussion about eating disorders in her Sociology of Gender course. To illustrate her points, Essig showed pictures of fashion models and images taken from pro-anorexia web sites. Two students took her to task, telling Essig, ‘Oh, you should have given a trigger warning for people with eating disorders, they can’t see images like that.”

While she has colleagues who do provide trigger warnings, Essig finds them “ridiculous” and refuses to do so.

Filmmaker and writer Aishah Shahidah Simmons, a rape survivor who teaches at Temple University in Philadelphia, said she is careful to tell students on the first day of class and in her syllabus that “we are getting ready to delve into some really difficult, painful information here,” such as sexual violence and police brutality.

Simmons also gives them lists of resources for emotional support and has arranged private viewings for students who are afraid to watch a film in class. But she worries that trigger warnings, a term she does not use, could stifle free speech, if taken too far.

“Sometimes, I think you can get triggered by trigger warnings,” she said.

Already, the demands have led to head-scratching and in some cases, concerns about censorship.

In February, after the Wellesley museum installed a life-like sculpture on campus of a man sleepwalking in his underwear, a student started an online petition to have it moved indoors because it had become “a source of apprehension, fear, and triggering thoughts regarding sexual assault.”

The same month, a columnist for the student newspaper at Rutgers wrote that professors should employ “trauma trigger warnings” as a compromise that would protect both academic freedom and “individuals suffering from anxiety, post-traumatic stress disorder and obsessive-compulsive disorder — among many others.”

Among the works suitable for noticing, the English major wrote, was “The Great Gatsby” (“possesses a variety of scenes that reference gory, abusive and misogynistic violence”).

A task force of faculty, administrators and students charged with updating Oberlin’s sexual offense policy included a detailed section on trigger warnings in an online faculty resource guide. Under the sub-heading “Understand triggers, avoid unnecessary triggers, and provide trigger warnings,” instructors were advised to be mindful of sexual misconduct, but also “racism, classism, sexism, heterosexism, cissexism, ableism, and other issues of privilege and oppression.”

Political science professor Marc Blecher was among the Oberlin professors who objected to the guide’s “imperative voice” and “massively long list of -isms,” worrying they could be lead to discipline or legal action. “It would have a very chilling effect on what I say in class and on the syllabus,” Blecher said.

The task force has since removed the disputed section and plans to rewrite it with less “emphatic-ness,” said Meredith Raimondo, an associate dean who oversaw the committee.

So far, no schools have required trigger warnings. The executive council of the Academic Senate at UC Santa Barbara issued a statement Thursday noting many faculty members “already use some kind of notification when difficult material will be covered in a course.”

The council said it would work with students to address their concerns, adding the “overall goal is to foster a climate of inquiry that allows students to learn, and faculty to teach, as freely and productively as possible.”