Co-ed or Not? Women’s Colleges Pondering Path to Survival 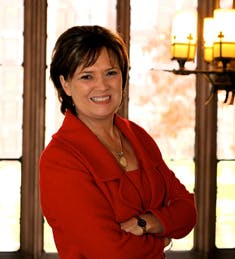 Julia Zelinger didn’t plan to attend a women’s college. As a high school senior, the suburban Cleveland resident visited several colleges across the country. After visiting Columbia University, Zelinger went across the street to Barnard College, a private women’s liberal arts college. She was instantly smitten.

“­They have an incredible women’s studies program and amazing professors,” says Zelinger. “Once I got there, I saw that there was a ton of incredible benefits for women and lots of opportunities for women’s leadership.”

“­The classes tend to be a lot smaller,” says Zelinger, founder of “FBomb,” a blog and online community dedicated to women’s rights that is targeted at teenage girls. “­The professors are incredibly engaged. ­They really do care about education and invest in their students. They make an effort to get everyone involved in the classroom.”

Zelinger adds she loves that co-eds at women’s colleges don’t have to compete with men, particularly for high-profile leadership opportunities such as student government.

Women make up the majority of the student body on most college campuses, with numbers as high as 70 percent on some campuses. Even so, women’s colleges are a hard sell. ­They educate only about 2 percent of American women. In the last 50 years, the number of women’s colleges has fallen by about 75 percent, from approximately 200 colleges to about 50 — a number that continues to drop. It’s a startling transformation. For more than 150 years, women’s colleges have stood at the vanguard of the fight for women’s equality and have educated some of the nation’s most distinguished female leaders.

Since the early 1960s, many women’s colleges have become co-ed or closed their doors. Some like Radcliffe College, which was affiliated with Harvard, and Pembroke College, which was affiliated with Brown University, were absorbed. While some women’s colleges remain financially strong and continue to maintain highly competitive standards, some are struggling to attract students and say they will not be able to remain open unless they start admitting men.

For instance, the board at Chatham University, a women’s institution located in Pittsburgh, Pa., which offers co-educational graduate programs, will vote this summer to determine whether to start admitting men as undergraduates for the first time in its 145-year history.

Published reports have quoted President Esther Barazzone saying that admitting men is the only way the school can survive. College officials say the freshman class has shrunk by nearly 50 percent since 2008.

Studies also show that women’s colleges have higher retention rates and a higher percentage of students who complete their degrees in six years or less. They say women’s colleges provide a quality educational and personal experience that is unmatched by co-ed schools.

Margaret Lowe, a professor of history at Bridgewater State University who specializes in gender and women’s studies, says that historically women’s colleges have provided unparalleled opportunities for leadership to young women.

“When it came to being an officer of the debating club, athletics or learning Robert’s Rules, women were doing all these things,” says Lowe, calling leadership opportunities one of the “unintended consequences” of the founding of women’s colleges. She says the ability to grow personally and professionally by leading groups is one of the arguments being made today for the raison d’être of women’s colleges.

Officials of women’s colleges say one of their biggest challenges is marketing.

“Many high school girls are used to thinking of college as football games and fraternity parties,” says Dr. Nancy Gray, president of Hollins University, a women’s college located near Roanoke, Va. Marilyn Hammond, interim president of the Women’s College Coalition in Atlanta, adds, “I think the problem is so many young women have a perception of what it’s like to go to a single gender college.”

To change that perception, Hammond says prospective female college students are encouraged to visit a women’s college. “Unless you can get them to visit one, it’s hard to get them to consider a women’s college,” says Hammond. “Every [coalition] member has a story about a young woman who said, ‘I never thought this was a place for me,’ and then they become enthusiastic advocates.”

Gray says women’s colleges provide an important alternative in a world in which women still struggle to crack the glass ceiling. “One of the strengths of American higher education is its diversity,” she says. “We have well-funded research universities, regional universities, community colleges, HBCUs and those that specialize in meeting those with learning needs. We live in a world where women are still not treated respectfully. The statistics on rape and sexual assault are horrifying.

“Women’s colleges are a space for women only and women leaders. They claim their voices and identify their passions,” adds Gray. “That is one of the biggest gifts we can give a woman who goes out to compete in a co-ed world.”

Dr. Lynn Pasquerella, president of Mount Holyoke, one of the nation’s oldest operating women’s higher education institutions and one of the original Seven Sisters colleges, says, “Studies show that single- sex college women are more engaged [and] will have more opportunities to have positions like newspaper editor or SGA president. There is a stigmatization about women’s leadership at co-ed schools. Women’s colleges are change makers. All of those are really strong selling points for women who have gone through high school and want to move on and be serious about their education.”

Hammond says although some women’s colleges face some enrollment and financial challenges, many continue to thrive. Hollins University, for example, has doubled its endowment in the last decade, according to Gray. She references a $160 million fundraising campaign that ended in 2010.

“We have an extraordinary capable, loyal alumnae network,” says Gray, who is in her ninth year as president. “Eighty-five percent of our alumnae gave at least one time. That’s huge. So leveraging our alumnae network is one way of getting our story out.”

Many women’s colleges are creating or re-creating programs, not only to stay relevant, but to ensure that their academics remain rigorous and prepare women to flourish in the workplace. According to Hammond, “Many have diversified grad programs, evening and weekend programs, certificate programs and [are] expanding [admissions] to include men.”

Pasquerella says Mount Holyoke has launched a program called The Lynk, which provides career pathways for students, including paid internships for every student prior to graduation. She says the college also teaches students how to persuade employers that a liberal arts education is the best preparation for any job.

Hollins University now guarantees each student the opportunity to study abroad, do an internship or earn a certificate in leadership.

“Our strategic plan is designed to link excellence of liberal arts education with experiential learning opportunities so students are prepared for personal and professional success,” says Gray. “We are trying to sharpen tools to ensure that women are prepared to live in this rapidly changing world in which we find ourselves.”