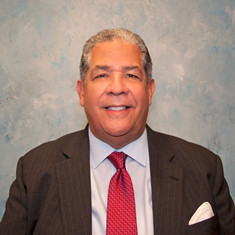 Public policy advocate Dr. Darryl G. Greer said he believes a state- and region-based investigation is crucial to achieving national college completion goals. Recent research conducted in New Jersey provides valuable information.Although the state of New Jersey is relatively small geographically, it has a population in excess of 8.8 million. There are more than 50 colleges and universities—public and private. Results of a recent poll conducted by the Stockton Polling Institute for the Higher Education Strategic Information and Governance (HESIG) project provide insight into how New Jersey residents view the importance of college and what changes they would like to see.

What New Jersey residents had to say and how the research will be utilized in education advocacy at the state level has national implications. Dr. Darryl G. Greer, senior fellow for HESIG, believes the key to achieving national college completion goals is to examine and advocate on the local level as the vast majority of Americans attend institutions of higher education in close proximity to where they reside.

“The purpose of (this research) is to in New Jersey improve our ability to sharpen the conversation between those who are served by higher education, those who provide higher education at all levels, the business people who hire graduates and our elected officials,” said Greer, who spent 25 years as chief executive officer of the New Jersey Association of State Colleges and Universities, Inc. “To get them on the same page, using the same language about what we want.

“The real question is, what’s a winning strategy?” he added. “Who do you want to go to college in the 21st century? For the emerging population, which is going to be a mix of younger black, brown and new immigrants as well as adults returning, the question is how many get a shot at a quality, affordable education?

“We want to use the research to move a conversation and make specific policy recommendations to educators, to the governor and legislature and to business leaders about how we move forward.”

Of the more than 800 New Jersey adults polled, 90 percent of those who attended college said higher education is worth the cost. Conversely, 87 percent said at least some change is needed in the way colleges do business to increase value.

They linked college opportunity directly to the ability to find jobs, develop careers and improve the quality of life for families but also offered specific ideas about what more is needed. These points included facilitating the transfer of credits from one institution to another, more access to work and internships and more information about jobs and careers. They also wanted to see increased emphasis on problem solving, writing and communicating, which they considered the most important skills gained from college.

Greer said Stockton policy is not to release cross tabs (ethnic or gender breakdown of answers) but said he did not see significant differences by race, sex or religion. This research—the poll and recent roundtable discussions—was funded by a grant by the Education Testing Service Center for Advocacy and Philanthropy, as part of “Finding Solutions: Building Public Trust in an Era of Change.”

Greer said he hopes Black, Hispanic and other underrepresented groups continue to aim for higher education because there is reason for optimism. His ongoing conversations to serve these groups will also include the need to reach back to middle schools and high schools and assist teachers, counselors and principals to improve the critical learning abilities in their students that will prepare those students to succeed at the post-secondary level.

With approximately 4,000 colleges and universities in the United States, Greer said the solutions of affordability and retention are not ikely to be found at a macro level. Of course, there should be national discussion on financial aid, but the local, micro level is where the critical connection is in terms of public trust in colleges.

Greer has assembled an advisory council that includes national voices on higher education, local business leaders, representatives of the state’s colleges and universities, elected officials and members of the community. The leadership group will make specific policy recommendations.

“We want to build a leadership group in New Jersey to help our leaders help colleges do what needs to get done to be responsive to the public,” said Greer. “The key is to keep the public not only informed, but engaged in the conversation. That’s how you manage change.”

Greer is aware that New Jersey is much smaller and has less institutions of higher education than states such as Texas, Florida and California, but there are lessons learned from New Jersey’s approach that if utilized will benefit other states.

“New Jersey can be a model for positive change and inclusiveness of all the stakeholders,” he said. “New Jersey can help lead a national conversation.”