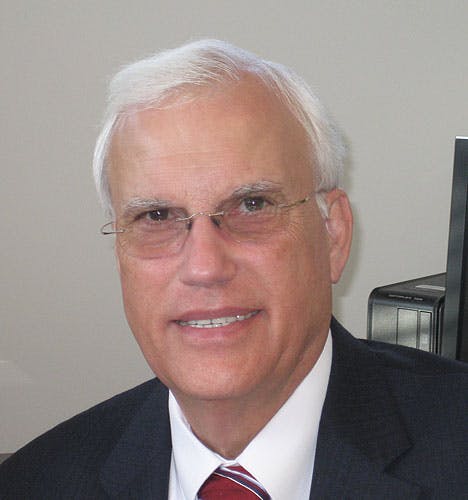 David Woods has asked the state claims commissioner for permission to file a defamation lawsuit against the University of Connecticut, which is normally immune from such litigation.

HARTFORD, Conn. ― A former dean of fine arts at the University of Connecticut said Tuesday that school attorneys told him he could not pursue the firing of a music professor who had been accused of sexual misconduct with children.

David Woods denied the conclusions of independent report issued in February that asserted he didn’t do enough after learning of child sexual abuse allegations against Professor Robert Miller.

“I really want my reputation cleared and an apology from the university,” he told The Associated Press in an interview. He also has sent a point-by-point rebuttal of the allegations against him to members of the school’s Board of Trustees.

The report from Scott Coffina, a former White House counsel and former assistant federal prosecutor, singled out Woods among officials who were aware for more than a decade that Miller had been accused of misconduct with several children, allegations that dated back to the 1960s.

Woods said he followed every school protocol and brought emails and all other evidence he received detailing those allegations to his superiors, including the school’s president, in 2001, 2003, 2007 and in 2008.

“I always reported it,” Woods said. “I was told we didn’t have enough information against him to separate him from the university.”

He said former school President Philip Austin did ask police to look into the allegations, but that the police chief did a “shallow” investigation. Austin and former Police Chief Robert Hudd did not return telephone messages seeking comment.

UConn spokeswoman Stephanie Reitz said the school stands behind the accuracy and credibility of Coffina’s report, which she noted “was conducted by a respected outside law firm ― selected by the state Attorney General’s Office ― with no ties to the University, no motivation to slant its findings, and a mandate to seek only the unvarnished truth.”

The school has informed Woods that it is seeking to fire him from his teaching job.

Coffina’s report found Woods was dismissive of evidence that Miller engaged in inappropriate behavior with UConn students, including hosting overnight parties at a house he owned in Vermont, which became known in the music department as Miller’s “Cabin Club.”

Miller, 67, was suspended from his $140,000-a-year job in June 2013, months after the child abuse allegations came to light. He retired in May and has not been charged with any crime. Reached at home Tuesday, he declined to comment on the allegations contained in the report.

Woods attorney, Jacques J. Parenteau, said Woods responded exactly as the current dean, Brid Grant, responded last year when she learned of the allegations, by bringing them to superiors.

He said the difference was in how the current administration responded, especially in the wake of the Penn State sex-abuse scandal and lawsuits accusing UConn of being indifferent to reports of campus sexual abuse.

Woods has asked the state claims commissioner for permission to file a defamation lawsuit against the school, which is normally immune from such litigation.