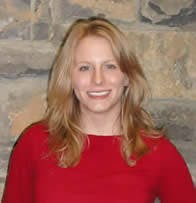 The program grew from 30 students to 350 students, or 90 percent of the students who are Pell-eligible at Juniata. “[The grant] helped us with the tracking of students and gave us some statistics to show the effectiveness of the program,” Hershberger said.

The grants, which ranged between $50,000 and $100,000, went to 50 CIC member institutions that had a proven commitment to recruiting and graduating first-generation students.

While 42.1 percent of students who enroll in college ― whose parents have degrees ― graduate in four years, only 27.4 of first-generation students do, according to the Higher Education Research Institute at the University of California at Los Angeles. Yet, first-generation students who enroll in private institutions are more likely to graduate in a timely manner than those at public institutions, although they enroll in similar proportions at both.

Four years after the first grant period ended, and two years after the second grant period, Richard Ekman, CIC president, said that the net results were overwhelmingly positive. “My sense is that what we’ve done with these Walmart-funded projects is a beautiful demonstration of the power of these non-elite institutions to fuel upward mobility for lower-income, first generation students,” said Ekman.

In order to be the recipient of a grant, CIC-member institutions had to prove that they were committed to sustaining their individual programs to benefit first-generation students over the long term.

“It wasn’t ‘grantsmanship’ as usual, where you get a grant and say, ‘Well, maybe if it’s successful then we’ll integrate it,’” said Ekman. “[The institutions] had to commit up front, and they had to give us statistics as to admission and graduation on all students and first-generation students. That became the baseline, and they had to improve on that.”

First-generation student attrition is not a necessary evil, according to some higher education officials. Laurie A. Schreiner, chair of the Department of Higher Education at Azusa Pacific University, said that faculty and administrations would benefit students by developing their strengths, rather than focusing too much on academic weaknesses.

“If we assess them on the strengths they bring to us, not just what they can’t do when they walk in the door, and all the ways they have been poorly prepared by their high school, I think we could see a real motivational difference in our students,” said Schreiner.

Danneal L. Jones, vice president of student affairs at Florida Memorial University, said that while the Walmart grant helped the university persist with its first-generation student program, funding in general is a perennial problem.

“What I see on the horizon is a continuation of financial disparity for students of color, that will limit their ability to attain the college education of their choice,” said Jones.