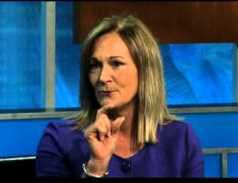 How are single parents prioritizing their financial futures? Allianz, a multinational financial services company, asked just that question in the LoveFamilyMoney study looking at how the contemporary American family spends and saves.

A college education and retirement both take long-term financial planning. So is it better to prioritize one over the other? Not so, said Katie Libbe, vice president for consumer insights at Allianz. “Net-net, single parents are putting their financial future at risk for the sake of saving for (their children’s) college. They’re basically taking a single goal approach,” Libbe said. “The problem is that they seem to focus on one goal over the other and I think the choice should be to try and do both.”

It is important to note that Allianz’s figures are not consistent with the national average. To participate in the study, adults needed to be between 35 and 65 years old and to have a base household income of $50,000. “We wanted to have a study where people did have the wherewithal to have some of these discussions of saving versus spending, and long-term goals versus short-term goals,” said Libbe.

Even though money is relatively tight for single parents, Libbe said that they can chip in to both retirement and college savings. The way to do that, she said, is through open communication between parent and child. “Parents should engage with their kids more, in all the financial planning that goes on for college,” Libbe said. “What that means is engage them in understanding: this is what it costs for in-state tuition versus out-of-state tuition, room and board, and what it’s going to add up to in four years.”

Though student loans are an obvious solution, Libbe noted that large loans can financially cripple college graduates. Before taking one out, Libbe said that families should review every other available option. Students can go to school in-state, as opposed to out of state; take AP classes in high school for college credit or take classes at a junior college; delay college for a year after high school; and make good grades to earn a scholarship or federal grant. “When you’ve gone through all the (other options), the last thing on your list should be a loan,” Libbe said.

Deferring retirement saving is not a viable options. “Work harder with your children to reduce the cost of college so that you don’t put your retirement at risk, because there are no grants or scholarships for retirement,” Libbe said.

On a more general note, Libbe said that the study points to a larger shift in how “middle class” is defined. Though 85 percent of all respondents said that they considered themselves middle class, they also reported experiencing varying degrees of financial difficulty. “Middle class used to mean you got it covered, you’re okay,” Libbe said. “But, the people in our study that considered themselves middle class say that they are having a hard time making ends meet.”