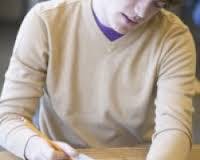 Although the makeup of the student population has changed over time, White privilege lingers as an omnipresent facet of higher education in the United States. Recently, I spoke to Joel Butterly and Adam Kundishora of InGenius Prep—an admissions counseling firm for aspiring college and professional school applicants ― about the nature of this privilege, how it tends to manifest, and what higher education administrators and educators can do to help promote equality as a remedy to it.

Q: First, I’d like to get your perspective on White privilege—what it is and perhaps what, in your experience, has led to its manifestation?

Both: I’d be interested to hear your definition of “White privilege,” but, as I understand your question now, “White privilege” is impossible to address without acknowledging the current climate in the United States … one in which the racial, but also the socioeconomic, cultural, and religious majorities operate more easily within the social frameworks that have been created by that very majority. I believe it follows that, since the majority of people who fulfill those categories are White, it may be misconstrued that there is some sort of White privilege in education and other major areas of our society. It’s worth mentioning, however, that many of the people who don’t fit into those majority categories are also White. My point being that the lines between the privileged and the less-privileged—whether in education or elsewhere—seem to fall less along racial lines and more along socioeconomic/cultural lines.

Adam: That is to say: all other things being equal between two applicants, I’m not sure White privilege exists so strongly in many of the leading universities in America. The higher education system is self-conscious now, in a nearly unprecedented manner, and has started to develop a mindset that is protective of minority groups. For example, a socioeconomically disadvantaged White person may not trigger the same protective disposition.

Joel: I largely agree with Adam, and perhaps the parts where I disagree involve the specific institutions I’ve been exposed to. From my personal perspective, it has seemed that certain minority groups represent a disproportionate amount of the athletes on campus. That is to say, it seemed that the disadvantaged minority populations that were given access to this form of higher education were generally athletes who would bolster the school’s athletic prowess. I could very well be wrong, but, nonetheless, if that were true, it would suggest that White privilege exists insofar as it is predominantly White students (or at least disproportionately White students) who are admitted for their academic/educational/intellectual endeavors, which is, or should be, the most significant aspect of higher education. I don’t think that this is always the case by any means, but it does seem to operate at the margins.

The real question is (as suggested in the first paragraph): is this because of race? I knew plenty of athletes at Dartmouth who were White, from socioeconomically disadvantaged backgrounds, and who—in my opinion—were basically just at the school for their athletic talents, and for whom a degree from one of these institutions would not be terribly valuable (because their overwhelming focus was not on school). Again, whether this is just a problem with the way Ivy League schools try to work around the “no athletic recruitment” policies is not something I—or anyone for that matter—could answer definitively.

Q: To what extent do you think the traditional model for higher education still perpetuates this concept of White privilege?

Both: Simply put, the system of access to higher education does not align 1:1 with merit. That is, the admissions system—College, Graduate/Professional School, etc.—uses a number of heuristics to simplify the assessment of candidates. The easiest examples of these heuristics are the common application or the SAT. Neither of these is perfect—or even especially adept—at capturing the merit or complete talents of students. Individuals whose family has grown up knowing how to navigate this process are exceptionally good at it (e.g., “do community service,” “start studying for the SAT/ACT early,” “do summer internships,” etc.). These people are predominantly White.

InGenius does a fair amount of pro-bono students through our partnerships with organizations such as the Urban Debate League, Student National Medical Association (SNMA), and Teach for America. What we’ve found is that, for many of these students, what differentiates them is not a lack of merit relative to the “shoo-in” students. What differentiates them is a lack of experience and know-how when it comes to packaging their accomplishments in such a way that it will advantage them in the admissions process.

This can be as simple as what you’re supposed to write about on a personal statement, or understanding that certain language (particularly self-deprecating language) does not belong on an application in most instances.

Again, I don’t know if this is race-based, or based predominantly along socio-economic lines. I suspect there is a mixture of both. Nonetheless, people with the money to pay for extremely expensive and intensive test preparation and admissions consulting (which, in the current industry climate, may cost more than $15,000), results in an enormous divide between the super wealthy and everyone else. The majority of those super wealthy are White, certainly. However, the majority of White Americans who aren’t particularly affluent or who live in essentially any state other than New York, Massachusetts, Connecticut, Florida or California are just as likely to have never even heard of these services as they are to be able to afford them.

To the extent that this model perpetuates White privilege, we see this as more a product of the system for gaining initial access than the educational model throughout college and beyond. Simply put: the admissions process favors those “in-the-know,” leaving those whose families have not traditionally had access to these institutions in a steeply disadvantaged position. Frankly, this could be solved if college counseling were made a priority at many public high schools.

Adam (Joel agrees, but can’t take credit because he didn’t think of it and it’s a good point): Perspectives among the privileged and non-privileged can differ because of exposure to varying challenges and opportunities pre-higher education and because the current system does not forcibly intermix these perspectives. Thus, the institution as a whole runs the risk of remaining homogeneously focused on the same issues year after year. This can obviously perpetuate the status quo.

Q: Although I think we agree that efforts to promote diversity and, even more fundamentally, to promote equality, have had an impact—a quite positive impact—on higher education, we still have a long way to go. White privilege is a lingering symptom of inequality. What does it typically look like in higher education?

Both: We live now in an age of an institution (education) that has become self-conscious. This has benefits and drawbacks. The benefits are of course what you mentioned; but the drawbacks can take the form of a general discomfort to engage with these “lingering symptoms of inequality” because doing so requires admitting that our system is still somewhat broken. At the risk of making a blanket statement, I get the sense from my colleagues that these symptoms can take the form of a decreased ability for minority students to feel comfortable sharing their views in higher education or a feeling of implicit pressure to conform to the cultural majority rather than expressing their own cultures. You can see this very clearly in the dining hall, where minority groups are either clustered into small, homogenous cultural islands or face the alternative—which is to disperse and culturally assimilate. Again, this is not “the rule,” but it does appear to happen quite frequently. The effects of such pressure can have an unfairly strenuous impact on minority students in higher education as they juggle their surroundings with their own identities.

Joel: I obviously do not speak to this particular question from personal experience. However, I can say that, while I was in college, I felt a similar sense of: “join the culturally isolated or assimilate.” This had nothing to do with race. It had a lot more to do with cultural and ideological differences, but was still quite alienating. Bottom line: from my perspective, I would imagine that being part of a minority ethnic or racial group could certainly result in this same sense of “assimilate or alienate,” if it can result from these other personal/cultural divisions.

Q: What effect, if any, have the promotion of equality and diversity had upon the problem of White privilege in higher education?

Both: Come a long way since the 50s! Optimal learning environment is one in which diverse ideas intermingle—beneficial for all parties involved. Represents the first steps in the introduction of more forward-thinking ideas trickling into the many industries that will be joined by this generation of students.

Joel: There are instances in which these efforts are counterproductive. I have spoken with professors at various institutions who have admitted to me (privately) that they grade certain underrepresented minority students on a different, easier scale than their “privileged” students. In my opinion, this is patronizing, and counterproductive, as it will hamper those individuals’ ability to learn and will ultimately make it harder for them to succeed once that special treatment ends—which it invariably will. This is not to suggest that certain students should not ever be given special treatment; it’s simply saying that blanket preferential-treatment of an entire group of people inside the classroom is not helpful to anyone.

Q: What strategies have you seen specifically targeting this problem and which do you think have had the most definite effect?

Both: Decreasing the emphasis on raw numbers, which we know are confounded by resource access, and increasing emphasis on the qualitative aspects of student applications. Establishment of and growth of pre-existing offices of cultural affairs at nearly all of the major universities in the United States. Open efforts to deconstruct the idea of a correct and an incorrect culture of higher ed and substitute the idea that varying models of higher ed are more responsible (mostly in terms of valuing opinions for their perceived merit rather than valuing them from whom they came). Difficult to say which of these has been most effective, and rather unnecessary to quantify anyway, since future steps should involve supporting all of these ideas.

Joel: From my personal experience, I think that hiring faculty members who do not belong to the traditionally privileged groups has had the greatest impact. It certainly had the greatest influence on my perspectives, personally.

Dr. Matthew Lynch is the Dean of Education, Psychology, and Interdisciplinary Studies at Virginia Union University. He has focused his career on researching topics related to educational policy, school leadership and education reform, particularly in the urban learning environment.