College Access Programs Can Be an Asset to Low-Income Students 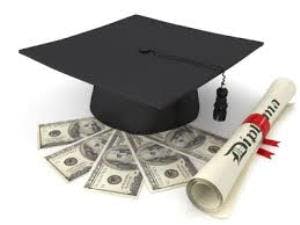 In a finding that shows “great strides” toward closing the college graduation gap between rich and poor, a recently-released study shows that low-income students who participate in college access programs are slightly more or nearly as likely as their higher-income peers to start and finish college.

While the study — released last week by the National College Access Network — is limited in that it only examined two dozen member organizations and not under the most rigorous of standards, proponents say the study still represents an important step toward enabling the college access field to tell its story with data and not just anecdotes.

“These results support the conclusion that NCAN’s members are making progress toward closing the college knowledge, opportunity, and completion gaps for the students they serve,” states the study, titled “Closing the College Graduation Gap: 2014 National College Access and Success Benchmarking Report.”

Faith Sandler, executive director of the Scholarship Foundation of St. Louis, which was one of the participants in the study, says the results show that college access providers can make a difference and that “poverty is not destiny.”

“We’ve been saying that for years in this country and now we have the proof,” Sandler said.

In terms of enrollment, the study found that, for the Classes of 2007 through 2009, NCAN students — who are typically low-income students of color who are the first in their families to attend college — enrolled in college at rates of between 70 and 71 percent.

Those rates are significantly higher than they were for low-income students overall.

Sara Melnick, deputy director of NCAN, said the study found that enrollment for low-income urban students served by NCAN organizations was “fairly competitive” in comparison to their high-income urban and rural peers.

But she acknowledged that NCAN students did not surpass their high-income peers in low-minority suburban and urban high schools. Those students enrolled in college at rates of 77 and 76 percent, respectively.

“This similarity in college completion rates is notable, considering that traditionally underrepresented students have much lower completion rates than average,” the report states, citing a previous study that shows that just 10 percent of students from the lowest income quartile nationally earn a bachelor’s degree by age 25.

“These NCAN members have made great strides toward closing the significant higher education graduation gap typical for low-income individuals,” the study states.

Melnick, of NCAN, acknowledged that the study does not isolate or identify precisely what it is about NCAN students — or the services they receive, such as help with the FAFSA or scholarship money — that enables them to enroll in and complete college at a higher rate than their similarly situated peers.

“We definitely understand that this isn’t a randomized control trial. It is only correlations,” Melnick said.

At the same time, Melnick said, plans are underway to do a more in-depth study of NCAN members and the services they provide in order to hopefully better understand what strategies specifically are making a difference.

Among other things, Melnick said, the next study, which is expected to be released in summer 2015, will take a more granular look at program participants by gender, race and ethnicity and whether they are first-generation college students.

It will also examine program selectivity to determine if a program serves all students or only those who meet certain criteria.

And it will ask about specific interventions that range from test prep to college admissions counseling.

Elizabeth Morgan, director of external relations for NCAN, said the hope is to get the information into the hands of school district officials and policymakers in order to foster a better understanding of what works in the field of college access.

“The reality is there are a range of strategies that can be effective,” Morgan said. She said stakeholders should “focus on what’s working as demonstrated by the results in their communities.”