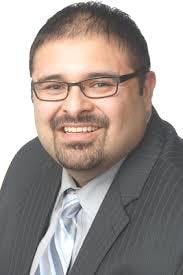 Dominic Martinez has been with the Undergraduate Pre-Health Program at the University of Colorado Anschutz Medical Campus since its inception and is now the senior director of the office of inclusion outreach on campus.

When he first arrived at the Anschutz University of Colorado Anschutz Medical Campus in 2003, Dominic Martinez heard a discouraging message from some students he met.

“I kept on hearing this common theme from students, that they felt they can’t do it, that there’s no way they’ll ever become a doctor,” Martinez said. He said that the students who needed the most support were almost universally from underrepresented populations—students from ethnic minority, low-income, first-generation to college, and rural backgrounds.

“I thought that we had to do something about that,” Martinez said. Within a few years, he had.

The CU Anschutz campus started up the Undergraduate Pre-Health Program (UPP) in 2006, which grants fellowships to undergraduates interested in going into the medical field. Martinez has been with the program since its inception and is now senior director of the office of inclusion outreach on campus.

“I thought about how some programs work with regards to legacy students where either their parents or grandparents have gone through the program. A lot of (knowledge) is passed through connections and networking,” Martinez said. “So we wanted to create a program that provided that service on top of also giving them some type of work experience.”

Fellows are introduced to the array of medical tracks offered on the Anschutz campus in their undergraduate years, which helps them plan out their future careers. Each summer, 20 students are given the opportunity to intern with Kaiser Permanente.

In 2007, Kaiser Permanente partnered with CU Anschutz, agreeing to help fund the UPP’s operational budget and provide internships each summer.

Martinez points out that the arrangement benefits Kaiser, too. “They’ve seen students who went through our program that are now employed at Kaiser as a pharmacist or a physician assistant. One of their goals is to really diversify their workforce,” he said.

Alumni and current fellows can attest to the student impact of the program. Jose Hernandez, now in the last year at the nursing college, said his life may not have taken its current path had he not joined UPP.

“First, I didn’t even know that there was a medical school campus here in Colorado,” Hernandez said. “And then having a pipeline program from my school to the medical campus—that exposed me to all the possible opportunities.”

In addition to a busy schedule of coursework and mentoring younger students, Hernandez also serves on the board of Sheridan Health Clinic, located in the Denver suburb where he went to high school. The clinic is managed by nurses, one of the first of its kind to open in the country under the federal health care reform law.

Because the clinic is run by nurses, it is less expensive to fund than a typical primary care facility with an in-house physician. Under Colorado laws, nurse practitioners can write prescriptions, which allows them to provide many of the same basic services as a primary care physician at a lower cost.

The social mission of the clinic—helping low-income community members get access to health and dental care—aligns with Hernandez’s interest in the politics of health care reform, which touches him personally. Hernandez said that one of the challenges he grappled with in college was a lack of health insurance for financial reasons.

“You can imagine being a student and getting sick and having limited places to be seen at and having very limited care, very limited dental care,” Hernandez said. That experience has inspired him to work with under-served communities.

For Jim Do, who is in his third year of medical school, meeting Martinez in 2006 at a CU Denver TRIO Student Support Services Program event was a life-changing experience. Do said that Martinez encouraged him to join UPP and supported his dream of going to medical school, helping him find tutors and volunteer opportunities.

“Honestly, I don’t think I would have gotten into medical school or even continued to pursue a health career, had it not been for Dominic,” Do said. “I felt like, if I didn’t have his support, and the support of the UPP program, and the Office of Diversity on the Anschutz campus, that kind of dream of mine wouldn’t have happened.”

Do plans to go into pediatric or family medicine once he graduates.

Martinez hopes to expand the program beyond Colorado. “We’re looking into the possibility of expanding into Wyoming and working with the rural communities there,” Martinez said.