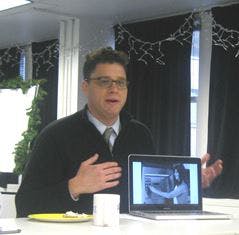 Tom Allison, the policy and research manager at the Young Invincibles young adult research and advocacy organization, and his group’s allies support inclusion of college major choice as a data point.

It’s widely believed that among the data gathered for the American Community Survey by the U.S. Census Bureau, the inclusion of college major choice as a data point has proved critical to a better understanding of the value higher education attainment has in the U.S. economy and workforce.

This conviction is driving researchers, such as economist Jeff Strohl, to oppose a Census Bureau proposal that the agency drop the college major question from the American Community Survey (ACS). As director of research at the Georgetown University Center on Education and the Workforce (CEW), Strohl can point to influential research studies the center has undertaken that have relied extensively on college major survey data.

Since 2009, following a push by the National Academy of Sciences and the National Science Foundation, the bureau has collected college major data for the ACS. The ACS, which is conducted in the years between the decennial censuses, collects demographic and social trend information from more than three million American households.

“We were probably one of the first [organizations] off-the-block using the American Community Survey on the [college] major question,” he said. “And we produced a report called ‘What’s It Worth,’ which details the economic returns to 171 [Bachelor of Arts] majors and the impact of getting a graduate degree for those majors by race, ethnicity, and gender.”

The ‘What’s It Worth’ report has been widely cited in federal and state government reports, in the news media, and by education policy researchers, according to CEW director Anthony Carnevale. In 2012, CEW began producing annual editions of the “Hard Times” report, which is a compendium of recent college graduates’ unemployment rates and wages by major.

The college major query is “a very valuable question that we don’t have anywhere else and in fact, rather than pulling back on the survey, [the Census Bureau] should be expanding the question because the question on majors is only asked about people with a bachelor’s degree and it’s not asked of people with an associate’s, a certificate, or what you major in your graduate degree,” Strohl said.

This past October, the Census Bureau invited public comments on its proposal to eliminate the college major question, along with proposals to remove six other questions. All the questions were deemed in an ACS content review to be “Low Benefit and Low Cost.” The public comment period ends on December 30, 2014.

On CEW’s behalf, Carnevale has submitted a letter to the U.S. Commerce Department that expresses the center’s support for the continuation of the college major question in the ACS. “We wish to continue conducting this research, but our ability to do so depends on the existence of the field of degree question in the ACS. We strongly believe its benefit to the American public more than justifies its cost,” the letter says.

Tom Allison, the policy and research manager at the Young Invincibles young adult research and advocacy organization, has spearheaded a national coalition effort that is targeting roughly 300 individuals and organizations to be signatories on a letter expressing support for continuation of the ACS college major question. The coalition is expected to include higher education policy research groups, foundations, national student organizations, academic researchers, and higher education consulting firms.

“As soon as we found out about the (census proposal), we wanted to unite the voices that are in the postsecondary data community because we knew (the Young Invincibles) weren’t going to be alone here, and initial reactions have proved that,” Allison said.

Officials with the Young Invincibles are “very familiar with the American Community Survey and we thought this would be an opportunity to provide some leadership and help out with … drafting comments and circulating them for input,” explained Allison, noting that a coalition letter should be submitted the week of December 29 to the Commerce Department.

Mamie Voight, the director of policy research at the Institute for Higher Education Policy (IHEP), said her organization will be a signatory on the Young Invincibles-led coalition letter. “We will be part of this broader group effort as we’ve been engaging with a number of organizations around this issue and have found there’s a great deal of consensus about the importance of these data that are currently collected through the census,” she said.

Voight credits the CEW for making effective use of the college major data, noting the center has “done some really rigorous and useful research.”

DeWayne Matthews, the vice president of strategy development at the Indianapolis-based Lumina Foundation, said that many of the grantees supported by the higher education-focused foundation have come to rely heavily on the ACS college major data. “We are, like all observers of this issue, concerned about the possible elimination of [the college major] question … and we really need to protect it,” he said.