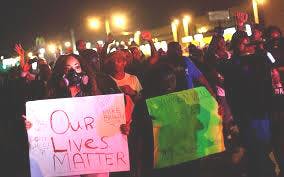 WASHINGTON — Nationwide protests in the wake of the violent deaths of Eric Garner and Michael Brown indicate that some Americans fear that neither the justice system nor the police work on their behalf. Garner and Brown’s demises sparked outrage, but so did the grand juries’ decisions to not indict the police officers who ended their lives.

A panel at the Association of American Law Schools annual meeting on Monday shed some light on a system that it says, in some instances, does not always prioritize accuracy. As Dan Simon put it, sometimes, “accuracy actually gets lost in the shuffle.”

Simon, a professor of law at the University of Southern California, said that an unwieldy system can lead players to pass on the responsibility of determining accuracy to others.

“You often hear this kind of thing: ‘You know what, if you think of it, accuracy isn’t really my problem,’ says the police chief, or the prosecutor, or the judge, or someone else, ‘because I’m just a cog in a big system,’” Simon said, indicating that the hope is that the truth will be drawn out by the system.

“For the most part, the ‘system’ happens to be 12 people who we kind of dump everything on,” Simon said. In other words, questions of determining accuracy are often left to the discretion of the jury. Yet, if they are given inaccurate information, the end result of the trial may be flawed.

Sharon Davies, a professor of law at The Ohio State University, said that a system that prioritizes accuracy would build error checks and transparency into its system.

She offered the example of data from the New York Police Department’s stop-and-frisk program, which found that when officers did stop suspects, they frequently found nothing that would warrant a summons or an arrest.

“It is very clear from this data that police were making a lot of inaccurate predictions about what they would find when they detained these individuals. And also, I think, very importantly, that reality did nothing to change their predictions,” Davies said.

Davies said that making middle management responsible for the successes and failure rates of the officers reporting to them might help ensure better success.

“Whenever we have human behavior that is capable of error, we have built into our system fail-safes, so that we are able to avoid those errors,” Davies said. Creating more transparency and oversight would be one step to ensuring that accurate data is collected.

“We can’t guarantee accuracy, but we can incentivize accuracy,” Davies said.

Laurie L. Levenson, a professor of law at Loyola Law School, said that professors have a responsibility to educate law students about the importance of accuracy and not just a blind devotion to the letter of the law.

“The impression that we give our students, that if they learn the procedures, they learn the rules, and somebody follows those, you’re going to get an accurate result, is a [misleading] misimpression,” said Levenson.