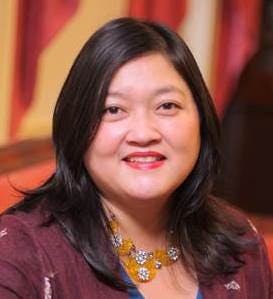 Dr. Dorothy Kyung Hi Kim advises new faculty members to “find a community in your field and at your campus to help you organize and be effective with your work.”

When something is described as “medieval” it’s typically meant as a pejorative, conjuring up visions of a world narrowly constricted by class hierarchy, superstition and little to no innovation. But that view misses the mark: the medieval period encompasses 1,000 years of human history that set the stage for the modern era.

For her part, though, Dr. Dorothy Kyung Hi Kim, an assistant professor of English at Vassar College and a Diverse 2015 Emerging Scholar, is working to bring elements of the medieval world hitherto familiar primarily to scholars to the attention of the wider public.

Pop culture attests to a growing fascination with the medieval period through TV shows like Game of ­Thrones, which portrays a fantastic world based partially on stories and songs from that time. The Icelandic saga of Ragnar Lothbrok is still being told — albeit in sensationalized form — to a rapt audience on the History Channel’s Vikings series as well.

But, as Kim says, there’s much more to the time period.

“I’ve enjoyed pop culture, but I also find it strange sometimes that the imagined Middle Ages always have to be imagined as White,” Kim says, adding that medieval illustrations and paintings show a mix of individuals of Caucasian, Middle Eastern and African descent.

­The field of medieval studies can also be surprisingly subversive.

“[The field] has a long history of being imagined as very buttoned-up. But a lot of the texts are really quite far from that in some ways. The theological, philosophical and literary writers talked about anything and everything,” she says.

So while the tweed-jacketed, pipe-smoking professor, á la J.R.R. Tolkien, may still be the stereotypical poster child for the field, that vision is a little outmoded.

“­The material always interested me because there are no rules. It’s before any of the literary canon really came into existence, and so it’s a really experimental field — there’s a high threshold for trying ideas out,” Kim says.

While Kim’s academic specialty is early English literature, she has demonstrated a fascination with the modern digital world through a series of articles and blog posts on digital activism — and now, through an impressive digital archives project.

In 2013, she won a three-year National Endowment for the Humanities grant to create a digital archive of literature from the Early Middle English period.

­The archives project will bring to light works overlooked by the Western literary canon, which leaps right over the Early Middle English period (circa 1100-1350 CE).

Students of English literature tend to skip from the Anglo-Saxon period, exemplified by Beowulf, to Chaucer’s Canterbury Tales from the Middle Ages, leaving the period in between to dedicated scholars like Kim.

“Once it is launched online, AEME [the Archive of Early Middle English] will be set to transform how scholars teach and research a vast array of critically important pre-Chaucerian poetry and prose,” says Dr. Susanna Fein, a professor of English at Kent State University.

In addition to the archive, Kim is working on two monographs, one relating to Crusader rhetoric and the other on Jewish/Christian relations in England. Baswell explains that Kim studies Christian manuscripts, with a particular focus on those intended for the use of secular women, nuns and religious recluses in the period after the Norman Conquest of England.

“In working with English language materials, she’s working at what was then an interesting rising edge of language and literature,” Baswell says.

­Though Kim is now deeply immersed in the world of medieval studies — she is the secretary of the Society for Medieval Feminist Scholarship and sits on two editorial boards — she did not take her first medieval studies class until she went to the University of California, Berkeley for undergrad.

From there, the rest was quite literally history.