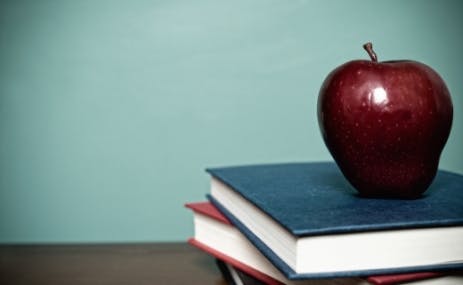 VANCOUVER — It is not every day that Catharine R. Stimpson, former MLA president, regales an audience with a clerihew in the vein of W. H. Auden’s Academic Graffiti, but she composed one in honor of the Common Core State Standards Initiative.

The last two lines of Dr. Stimpson’s poem—“In the New Year, to assess/ CCSS is a mess—“sum up the sentiments of some concerned MLA conference-goers regarding the Common Core State Standards (CCSS).

At the Friday morning panel, “Who Defines College Readiness? The Common Core State Standards and the Future of English Studies,” high school and college leaders discussed opportunities for better connection between higher education and the K-12 system with regards to CCSS implementation. Panelists shared a concern that CCSS had been developed with limited input from higher education.

CCSSI will also have long-term effects on the future of the MLA as students move from high school to college, bringing with them the English and reading skills developed in classrooms governed by those standards.

“Colleges and universities have done some things with the standards, but overall the engagement of higher education in CCSS has been uneven, and perhaps the community colleges have been most active,” Stimpson said.

Dr. Stimpson said that suspicion of high-stakes testing is merited, referring to CCSS as an “unholy alliance” between legislative and industrial entities. She said that, although she is in favor of reasonable national criteria for student assessment, current CCSS testing has too much of a tendency to be “punitive” and “mechanistic.”

Since the standards were developed to ensure that students graduate high school ready either for a two- or four-year college or to enter the workforce, it would seem logical that colleges should have some say in what the standards look like. Yet panelists gave examples of instances where higher education was left out of key dialogues.

Panelist Kelly J. Mays, associate professor of English at the University of Nevada, pointed to the Nevada Common Core Steering Committee formed in 2013, whose eleven members were tasked with implementing the state standards in K-12 systems and higher education.

Dr. Mays said that only two people represented higher education on the steering committee and that only one person—a high school teacher—represented English.

“The committee and its attendees thus included no one in ELA ed; no one who has ever taught college-level English, or math courses; no one with a degree of any kind in math, English, or any foreign language or literature,” Mays said.

She concluded that, although the CCSS were devised with the intent of closing the gap between K-12 and higher education, steering committees such as the one in Nevada only serve to perpetuate a disconnect between the two constituencies.

Yet when colleges and public high schools do collaborate, the partnership can be highly productive, according to the testimony of panelist Elizabeth Gonsalves, a teacher at Abingdon High School in Massachusetts.

Gonsalves, a teacher at Abingdon High School in Massachusetts, said that she and her colleagues have benefited from a relationship with the local Bridgewater State College—just twelve miles down the road.

In 1999, the college invited teachers and department heads to meet “to talk about what was really being taught.” Both groups were surprised by the discrepancies in their respective curricula.

Since then, Gonsalves said, she and her colleagues have met formally and informally with stakeholders at the college. With the additional demands of CCSSI on the high school teachers’ instruction time and resources, that relationship has been particularly important.

“We have created an ongoing program for professional development as a joint 6-12 university project, particularly to support teachers, both in K-12 and at the college level, who are facing these changes also, to help all of us transition to new standards and assessments during economically difficult times for Massachusetts public schools and across the country,” Gonsalves said.

The panel ended with a call for all constituents to be more active in advocating for effective implementation of CCSS—to use the new standards as an opportunity to share common interests with K-12 partners.