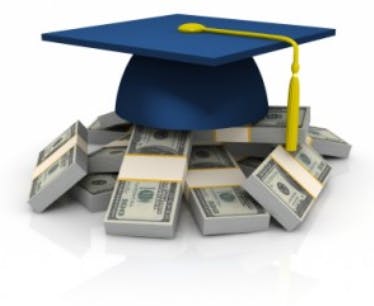 With President Obama calling for state-based funding to help support the free community college tuition program he has recently proposed, states can be expected to face new scrutiny over declining funding that state higher education systems have experienced in recent decades. The plan seeks joint responsibility between states and the federal government in which the feds would provide 75 percent of the funds to send students to community colleges while the states would furnish the rest.

By coincidence, a new analysis published by a Washington-based research and advocacy organization is shedding light on state higher education funding patterns in the years overlapping the Great Recession. In the second ever “State Report Cards” analysis that was released last week, the Young Invincibles organization has “found that 47 states spend less per student today than they did before the Great Recession.” Between 2007 and 2013, tuition at four-year public universities increased by 28 percent, which is twice the rate of inflation, according to the Young Invincibles, which advocates on behalf of Millennials or young American adults born after 1981.

“What’s baked into these metrics are values of equity and access, particularly for low-income students,” Tom Allison, the Young Invincibles policy and research manager, told Diverse.

Allison explained that one serious consequence of state disinvestment in higher education has seen student loan debt become the fastest growing form of consumer debt in the U.S. “As states turn the page on the Great Recession and their revenue increases, they must invest in higher education and make college more affordable,” he said.

While publication of the State Report Cards analysis was timed to coincide with the opening of 2015 state legislative sessions, Young Invincibles officials say the Obama community college announcement should help spark a national discussion around state-based support of higher education.

“It’s time for state and federal lawmakers, as the President signaled, to take action. With the 114th Congress and state legislative sessions just beginning across the country, the President’s address is well timed to drive national dialogue and set an agenda for 2015 that will send members of Congress and state legislators brainstorming how to support it, or how to propose their own solutions to tackle college costs,” Young Invincibles communication director Sarah Lovenheim wrote in a recent blog.

States receiving the best grades in the analysis are Wyoming, New York, Alaska and Oklahoma, which all got an “A” for their support of public higher education. Among states receiving the grades below 50 percent in overall performance are New Hampshire, Michigan, Oregon, Vermont and Colorado.

“We’re definitely trying to make this (analysis) useful to legislators and students with the shared goal of state budget reinvestment in higher ed and pushing tuition down,” Allison said.

“We want to see this analysis … used by students on the ground,” he noted.