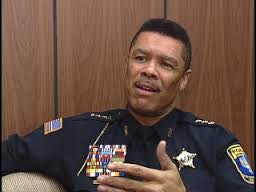 Northern Illinois University fired Donald Grady for failure to “appropriately supervise” the campus police department.The former campus police chief at Northern Illinois University can pursue claims that he was fired because he is African-American and was targeted for retaliation for complaining about racial discrimination and investigating corruption within the administration, a federal judge has ruled.

NIU denies any wrongdoing and contends it fired Donald Grady because his office mishandled evidence in a sexual assault investigation.

U.S. District Judge Harry Leinenweber turned down a request by NIU to dismiss the case without a trial.

In November 2011, a student reported to the NIU Police Department that a campus police officer had raped her. The officer, who asserted that the sexual encounter was consensual, was indicted on sexual assault charges, according to the decision.

The prosecutor issued a press release that denounced the NIU Police Department for jeopardizing the criminal case.

The university suspended and then terminated Grady for failure to “appropriately supervise” the department. A grievance committee upheld the termination.

Grady sued the university and several of its officials, alleging racial discrimination, retaliation and denial of his due process rights.

In his decision, Leinenweber found the allegations sufficient for the suit to proceed, including the claim that Grady “was treated worse than other Caucasian employees who were involved in more serious misconduct.”

As for due process, Leinenweber cited Grady’s claim that NIU procedures failed to meet the minimum standards required by law. “In the end,” the judge said, “NIU never laid out its full case against Grady until after it had already rendered a final decision.” The university also didn’t give him a post-termination hearing.

The University of North Carolina didn’t discriminate based on race or national origin when it dismissed an Africa-born doctoral student who failed to pass his qualifying exam, according to a federal judge.

U.S. District Judge Catherine Eagles threw out the suit by Mackean Maisha who had enrolled in the Biostatistics Department doctoral program.

Despite failing the qualifying exam in 2006, the department let him conduct informal dissertation research with two professors. But when Maisha didn’t take the exam again by 2010, the professors declined to continue working with him. The department initially let him take dissertation-level research classes for which the exam was a prerequisite, but he was later dropped from one of those classes and the program.

Ultimately, Maisha enrolled in a mathematics graduate program at another university.

In dismissing the Title VI claim, Eagles found no evidence connecting the university’s actions with bias based on race or national origin.

“While professors and administrators granted Maisha exceptions to some of the usual rules in an effort to maintain his progress through the program, this does not obligate UNC to excuse Maisha forever from complying with its reasonable rules designed to move students toward completing their degrees,” Eagles wrote. “Nor does it mean that Maisha could ignore the program’s requirements in favor of his own preferred timetable.”

She also said there was no showing that UNC treated Maisha differently from “similarly situated students.”

He was equally unsuccessful in contending that the two professors discriminated by submitting a journal article without including him as a co-author. Although he had been listed as a co-author on the original version that the journal rejected, he did no work on the substantially revised version that was accepted, Eagles said. A university review panel also found that he was not included as a co-author based on “reasonable professional criteria” rather than because of discrimination.

A physician who would have been the first woman to graduate from the neurosurgery residency program at the University of Arkansas for Medical Sciences has lost a gender discrimination suit arising from her termination from the program.

There was insufficient evidence that Dr. Nasrin Fatemi was the victim of gender bias, and she failed to rebut the university’s non-discriminatory reason for its action, the 8th Circuit U.S. Court of Appeals said in an opinion written by Judge Lavenski Smith.

Fatemi joined the program in 2010 and quickly became immersed in ongoing disagreements with faculty, her colleagues and supervisors about her performance, lack of communication, professionalism and behavior, according to the decision. The university placed her on probation and then dropped her at the end of her first year in the program.

The university defended that decision on the basis of Fatemi’s disruptive behavior, unprofessional demeanor and refusal to accept responsibility for her problems interacting with university and hospital personnel, thus compromising patient care, according to court documents.

The suit originally alleged discrimination based on race, national origin and gender, as well as due process, First Amendment and equal protection violations and retaliation.

A lower-court judge dismissed all the claims, but she appealed only the gender discrimination issue.

In siding with the university, the appeals court said Fatemi didn’t prove its explanation for terminating her was “merely a pretext for discrimination.”