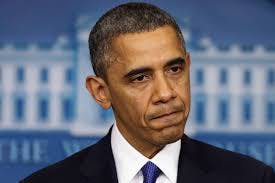 President ObamaWith less than two years left in office, President Barack Obama still has a lofty agenda when it comes to education in America. From supporting wider access to universal Pre-K all the way up to a proposal for two free years of community college for everyone, President Obama has taken an immersive approach to education that challenges the status quo.

When it is all said and done, what will President Obama’s college diversity legacy look like?

Though he has not introduced any official legislation that demands more people of color in leadership spots, the president’s mere presence in the nation’s highest position has paved the way for others to step up in their own industries. I predict a steep rise in minority faculty members, deans and college presidents in the coming decade due indirectly to the example set by this president. His push for more minority graduates will also mean more minority college leaders being fed into university systems.

The rate of students entering colleges across the nation was already at a record high when President Obama took office, but so was college debt. Between unchecked student loan interest rates and for-profit universities recruiting non-traditional and minority students without the right support programs in place for those students to graduate, the college landscape had become ineffective for many of the nation’s students. In his tenure, President Obama has worked hard to make the cost of college more affordable, through more federal Pell Grants and more federally backed student loans, as well as loan repayment programs that offer caps on income or loan forgiveness clauses. This has helped all students, but an argument can be made that making college more affordable will prove a long-term improvement when it comes to minority graduates who were deterred by the high cost in the first place.

Specifically, President Obama has put minority-friendly programs in place, such as My Brother’s Keeper, that address the specific problems that particular groups face when it comes to obtaining an education. He has also made K-12 schools more accountable for getting their students college ready with federally funded incentives, such as Race to the Top, which focuses on closing the achievement gap between White and minority students. In order to feed colleges more minority students who are ready for the tasks, the grades that come before the college years must be considered — and the president seems to get that, and to have a good grasp of the bigger picture of what a college education means for minorities.

One area where the president has not made as much progress as educators had hoped is when it comes to the plight of historically Black colleges and universities. As enrollment numbers drop in these institutions, the president appears to not notice, or at least not care very much. Diversity is rising at traditionally predominantly White institutions and President Obama does have a responsibility to look at the college education landscape from a broader perspective. He has focused a lot on outside programs that foster minority development before these students hit college campuses, but not much on the institutions already in place that have always supported the development of minority students.

An example of this in practice is when Parent Plus loans underwent more intense credit requirements in 2012, and 28,000 HBCU students were denied the loans needed to continue or begin their education. The changes resulted in already-struggling HBCUs losing $150 million collectively. The Department of Education has since made some changes to make it a little easier for parents to obtain these loans (even if they were previously denied) and have also made an additional $4,000 available in loans to the students whose parents are still turned down for the PPL loans. A lot of the damage was already done though, making the path to a college education more difficult for minorities in the meantime.

More high-skilled minorities in the workforce

With his proposal for tuition-free community college for the first two years for all students, President Obama is ensuring that this next generation of high school graduates will be able to elevate their educations beyond the K-12 years. This applies to all students, but here again is a point where minorities will benefit most. By essentially making the first two years of a college education an extension of the high school years, with some performance requirements attached, minorities will not face the financial roadblock that often accompanies entering college right after high school. Perhaps the area where minorities will see the biggest boost if this proposal becomes law is in the portion that will allow older students who never completed college right after high school to go back to school, too. Non-traditional minority students will not have to go the for-profit college route to return to school or find a way to carve out tuition to community colleges from household budgets.

President Obama always has been outspoken about his goals of breaking down barriers in the way of minorities who want to obtain a college education, particularly young men of color. As he completes his term in office, I expect to see him confront these initiatives with even more aggression to cement his legacy as a president that worked hard to improve the diversity on American college campuses.