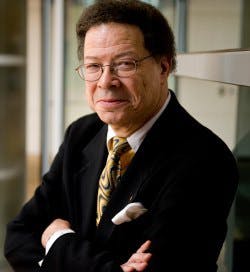 Levi Watkins Jr., in 1980, became the first surgeon to stop the heart of a patient and implant an automatic defibrillator.

Groundbreaking cardiac surgeon Dr. Levi Watkins Jr., who came to be equally known for his work as a civil rights activist and promoter of diversity at Johns Hopkins Hospital School of Medicine, died Friday at age 70.

Watkins, in 1980, became the first surgeon to stop the heart of a patient and implant an automatic defibrillator. He developed several variations of the procedure, which is quite commonplace today. An honors graduate of Tennessee State University, Watkins’ career was filled with firsts.

In 1966, Watkins became the first Black person to be admitted to Vanderbilt’s School of Medicine, where he would go on to graduate. He then went on to become the first Black chief resident in cardiac surgery at the Johns Hopkins Hospital.

From being the driving force behind the Martin Luther King Jr. Day program to being an architect of the nationwide drive to recruit minority students who wanted to study medicine, Watkins quickly made his presence felt as a champion of diversity at Johns Hopkins. Watkins, who was appointed to the medical school’s admissions board in 1983, is credited with increasing minority enrollment in the School of Medicine to such a degree that the model began to be copied by other medical schools.

“Students don’t look at recruitment and diversity offices when they are choosing schools, but they want to see if there are faculty and students in the place that look like them,” Watkins told Diverse in an article published in 2013. He famously hosted an annual reception for Black students, faculty and house staff. Watkins retired in December 2013 as associate dean for postdoctoral programs and faculty development.

“He remained as powerful a presence and as important an influence on Johns Hopkins as he was when he arrived here,” Paul B. Rothman, dean of the medical faculty, and Ronald R. Peterson, president of The Johns Hopkins Hospital and Health System, wrote in a message to the Hopkins community. “Johns Hopkins was a great institution then — but it is a far, far better place now: more diverse, more innovative, more connected to the community that surrounds us, more welcoming. We have Levi Watkins to thank for a lot of those changes.”

Watkins was born in Kansas, but grew up in Montgomery, Alabama, where he met King. He became fully involved with the civil rights movement and the Montgomery Bus Boycott in 1956.

According to the Montgomery Advertiser, Watkins was nominated twice for the Nobel Peace Prize for his contributions to the medical field but was never selected.

His brother, Donald Watkins, told the Advertiser that he was amazed at the outpouring of love and support from around the world.

“We’re very proud of his accomplishments as a person and professional,” Donald Watkins said. “It simply amazes us that a young man from Montgomery during the time of civil rights can go forth and touch so many lives in the world. It’s unbelievable. … Condolences are pouring in from all over the world from people who have been touched by Levi and his life’s work. What amazes me about Levi’s life is the sheer number of people who are living today because he believed in and practiced excellence in his profession.”