Experts: Campuses Need to be All In on Diversity 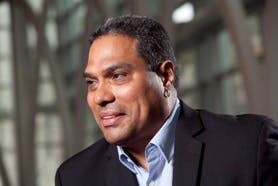 When a noose turned up on the campus of Duke University recently, some were shocked. Many, however — particularly those who had had the experiences of students or faculty of color on a predominantly White campus (PWI) — were not.

As Dr. Eduardo Bonilla-Silva, chair of the Department of Sociology at Duke, pointed out, the issue is not a Duke problem. Nor is it a University of Mississippi problem or an Oklahoma University problem. It is an American problem, with the attitudes prevalent across the country being evident in the campus climate.

Take, for instance, Texas A&M University, which is historically regarded as being an institution for conservative White heterosexual Christian males, despite the fact that it is a public institution. Texas A&M is not regarded as an inclusive environment and, with campaigns like “Keep Texas A&M Normal” springing up on T-shirts, many students seem to make no apologies for the lack of inclusion.

What is unique, Bonilla-Silva said, is that people tend to want to think of racism as being a lower-class problem, unique to those without education or sufficient exposure to diversity. But when it shows up on campuses like Duke and many other flagships around the country, it becomes difficult to continue to paint the mindset as relegated to a small component of society.

Dr. Tonya Driver, associate director of multicultural services at Texas A&M, and Dr. Tammie Preston-Cunningham, associate director of student activities, said that Black students they surveyed felt three times the need to minimize their racial identity on campus and reported daily or weekly instances in which they felt uncomfortable because of other students’ reactions towards them.

Such a hostile environment would be difficult for anyone to navigate.

For many Black students on PWI campuses, said Driver, students minimized their experiences and tried to ignore some of the maltreatment they faced (such as being subjected to songs like “pick a bale of cotton” on student government association trips). Some students, Driver said, convinced themselves that they had “signed up for this when [they] decided to come” to a White campus. And many are leery of speaking out against some of the microaggressions, because they don’t want to be seen as always “playing the race card,” said Driver.

“Students needed permission to say ‘I’m having an experience because I’m Black,’” Driver said. She said she works with Preston-Cunningham to try to let students know “it’s okay for you to be triggered, because there’s a history there” of exclusion of Blacks.

Even as a member of faculty, decisions need to be made about negotiating the microaggressions, such as exclusion from certain events or false assumptions made about people of color on campus — and what Bonilla-Silva called macroaggressions: those overt actions against minorities on campus, such as hanging a noose or singing racist chants. Bonilla-SIlva disclosed that he doesn’t have night classes or attend night events at Duke. After years of frustration over things like being asked for identification by campus police or menacing glares from White students in the evenings, “once you add alcohol,” he said he made the decision to leave the campus before dark.

He also said there must be an intentional effort made on campuses to not just talk about diversity but really make the campus environment a welcoming experience for students and faculty of color. This includes hiring more Black and Latino faculty and administrators, but it also means things such as not having buildings on campus named after or statues honoring known racists, even if those people were founding presidents or otherwise large regional influences. It means making a concerted effort to have representations of people of color — in building names, statues, artwork, course descriptions, and clubs and activities offered on campus.

But a lot of these initiatives, particularly those that are going to be most effective, require a significant financial commitment, and Driver said the well may be running dry on many diversity initiatives on PWI campuses. As affirmative action continues to come under attack, Driver said there is a growing sense of “your window is up. ‘They’ should have gotten it right by now. … Tick, tock,” when it comes to continuing to fund diversity programs.

She added that there is an increasing emphasis on “funding initiatives across campus that focus on all students.” And on a campus like Texas A&M, which has a 3.4 percent Black undergraduate population, she said, there is a sentiment that “what you’re saying is my program that is targeting specifically people pf color is not going to be funded.”

Dr. Gregory Vincent, vice president for diversity and community engagement at The University of Texas at Austin (UT-Austin), said there must be an administration-level commitment to producing better outcomes for students of color, and particularly African-American males.

“When Fisher was happening, we brought [the UT-Austin community] together to let them know” that addressing diversity through initiatives that targeted students of color in general and African-American males in particular was something about which the university was serious, Vincent said, referring to the most recent affront to affirmative action to hit the Supreme Court docket. In Fisher vs. Texas, the complainant alleged that the school’s policy of guaranteeing admission for those in the Top 10 percentile of every Texas high school allowed less credentialed students in at the expense of those more deserving.

And UT-Austin has put enormous amounts of money behind its talk as evidence of its commitment.

Driver said making the case for increased support comes down to making the argument that Black student success is critical to the overall success of the institution.

“The institution has to be held accountable … for specifically the graduation rates, and that’s tied to funding for the institution for all students,” she said.

Who holds the institution accountable? Driver and Preston-Cunningham said it is current and former students of color, who can apply pressure to the president and other key administrators that sometimes those on staff cannot.

“Former student networks can call the president and say ‘I want to set up a meeting,’” said Driver. “I can’t do that.”

Xavier University President Dr. Norman Francis said it is up to Black faculty and staff “to be the voice of conscience” in their departments to challenge accepted norms and help plot a way forward for students of color on campus.

Otherwise, without a complete cultural shift — one that involves everyone from faculty to administration to decorators and students and staff — there will continually be reports of nooses strung on campuses and offensive songs being passed down through campus generations. We may also continue to see a disparate gap in the graduation rates of Black students as compared to the overall campus population.