The 6th Circuit U.S. Court of Appeals has found no basis for a disability discrimination suit against Lincoln Memorial University by a former student who was ousted from its osteopathic medicine college.

The three-judge panel rejected an effort by Zeeshan Shaikh to reinstate his suit accusing the university of failing to reasonably accommodate his ADHD.

According to the decision, Shaikh disclosed his ADHD-related reading trouble in his application and admissions interview. When he began classes in fall 2009, the university agreed to his request for time-and-a-half and a quiet room for exams. 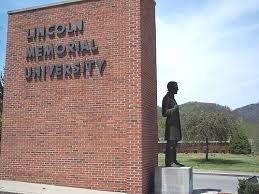 He failed to complete his first semester’s coursework and took a leave of absence. While on leave, he enrolled in another university’s short-term program for medical students with learning disabilities, the court said.

After returning to Lincoln Memorial, he failed two courses. At that point, the university rejected his request for double time on all quizzes and tests and for a five-year decelerated curriculum. It dismissed him from the program.

He sued under the Americans with Disabilities Act and Rehabilitation Act, but a lower-court judge threw out the case.

In upholding that decision, the 6th Circuit agreed with the university that Shaikh’s requested accommodations were unreasonable.

First, the decelerated program he sought “would have required significant modification to the university’s curriculum,” something that neither law requires, the panel said in an opinion by Judge Richard Griffin.

Second, the court said the university reasonably refused the request for double time for exams. That’s because Shaikh hadn’t used all the extra time already provided under the time-and-a-half accommodation. As an example, it noted that he finished several exams early in two courses he’d failed.

“Even assuming the requested accommodation [for double time] was reasonable, Shaikh has not established a fact question [for trial] on whether he would have successfully completed the requirements of the program with this accommodation,” the court said.

U. of Florida prevails

The University of Florida (UF) has won a race and national origin discrimination suit by a China-born physician who was denied admission to its medical college’s psychiatric residency program.

Dr. Hui Li graduated from medical school in China and did post-doctoral research at Dartmouth University and The University of Texas after moving to the United States. She later worked as a researcher for the director of the UF psychiatrist residency program but was rejected for the program.

The director suggested that Li take extra English language exams although she’d already passed the U.S. Medical Licensing Examination, which tests English proficiency. Li did so and passed TOEFL and SPEAK. She also obtained a recommendation from a psychology professor.

However, the program also rejected her second application. All the selected residents were American, U.S. District Judge Richard Smoak said.

Program officials suggested she shadow in an inpatient unit to see if she could get along with other residents, which she did for seven months.

Even so, her third application was rejected.

She then filed a Title VII and Florida Civil Rights Act suit for alleged race and national origin discrimination.

Some claims were filed after the statute of limitations ran out. As for other allegations, there was insufficient factual support to “plausibly suggest” that the university discriminated against Li, Smoak said.

“The selection of an all-American resident class at an American university does not imply racial discrimination,” he wrote in his opinion.

In addition, “merely suggesting that she demonstrate additional English proficiency in order to bolster her chances of admission to a highly competitive medical residency program is not enough to imply that the program thrice illegally discriminated her by denying her admission,” he said.

“The other allegations in the narrative of Li’s complaint — that she was continually asked to undertake additional and unusual tasks to bolster her chances of admission, and yet denied admission — do not in any way suggest that she suffered racial discrimination at the hands of the admissions committee,” Smoak said.

A former Youngstown State University faculty member who blamed gender discrimination for his denial of tenure has failed to persuade an appeals court that the judge handling his case should have been disqualified.

Dr. Frank Ragozzine unsuccessfully argued that U.S. District Judge Benita Pearson should have recused herself from his case because she was dating a tenured professor in a different department of the university.

Ragozzine was hired as a tenure-stream assistant professor in the Psychology Department in 2006 after having been a tenured associate professor at Missouri State University.

At Youngstown, his “first several years as a tenure-track professor did not produce much scholarship,” the 6th Circuit U.S. Court of Appeals said. “Ragozzine attributed the initial delay to his lab’s not being fully operational until his second academic year.”

Later, during his fifth academic year at YSU, he assumed caretaking responsibilities for his ailing wife and mother, and the university granted him a one-year delay in reviewing his tenure application so he’d have more time to publish, the decision said.

When he applied for tenure in 2012, the department’s tenured faculty split 4-4 and the department chair and dean both recommended against tenure. His internal appeal was unsuccessful

“Although he met the minimum requirements with a last-minute flurry of publications, he was ultimately denied tenure because YSU decision-makers determined that he lacked promise of consistent scholarly production,” the court said.

After Pearson’s ruling, Ragozzine learned she’d been dating a faculty member in the same College of Liberal Arts and Social Sciences but not in psychology. He contended, therefore, that another judge should have presided over his case.

The 6th Circuit unanimously rejected that argument and upheld dismissal of his suit in an opinion by Appeals Judge John Rogers.

The court said Pearson properly refused to disqualify herself because she “reasonably concluded, on the facts of this case, that her impartiality could not reasonably be questioned.”

Also, there was no proof that the other professor had been involved in Ragozzine’s tenure decision or had any stake in the results of the discrimination case, it said.