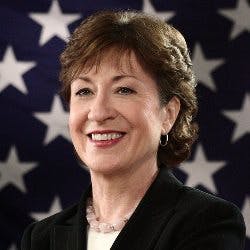 Sen. Susan Collins (R-Maine) cautions that the role of confidential adviser has to be clearly defined.

The current system by which universities and colleges respond to sexual assault has its detractors. In a number of prominent cases, victims and alleged perpetrators alike say that the process by which institutions investigate allegations of sexual assault are opaque and unfair. Colleges and universities, however, are bound to those processes due to federal legislation such as Title IX and the Cleary Act.

“We must work to improve confidence in the judicial and campus systems, which will in turn increase reporting, support survivors, and punish perpetrators of sexual assault on our college campuses,” said Sen. Claire McCaskill (D-Mo.).  McCaskill and three other senators testified about a new bill that would include legislation to increase support services for students who report being sexually assaulted and provide a framework for colleges and universities to more accurately report the rate of sexual assault on their campuses.

The Campus Accountability and Safety Act (CASA) would require the Department of Education, colleges, and universities to conduct campus climate surveys every two years to assess the prevalence of sexual assault on individual campuses. Funding for the program would be made available through the department. The Department of Education would create a report, which it would make available to Congress and the public. “Because this survey will be standardized, the American public will be able to compare the campus climates of all schools,” said Sen. Dean Heller (R-Nev.).

In addition, the bill would require that a trained confidential adviser be made available to every student who reports being assaulted, to help connect them with the appropriate offices or necessary resources. The adviser would advise victims on their rights and help them understand the legal and campus reporting process.

Senate witness Mollie Benz Flounlacker, associate vice president for federal relations at the Association of American Universities, voiced some concerns with the confidential adviser component of the proposed bill. She said that she supported having individual advisers but noted that, if they were to act in an investigative or reporting role, that could compromise their confidentiality and potentially lead to them being subpoenaed in a lawsuit.

“Absent clarity in the statute, it’s inevitable that new duties will be assigned to the individual by the Department of Education as they implement the law,” Flounlacker said.

Sen. Susan Collins (R-Maine) added that the confidential adviser role, as written in CASA, is not as straightforward as it would seem. “On the one hand, confidentiality really focuses on the victim, and that’s what we should do, and it may encourage student victims to report violations and seek the help that they need,” Collins said. “On the other hand, the requirements of Title IX and the Cleary Act require various forms of reporting.” She noted that, according to 2014 guidance from the Department of Education, schools sometimes must override confidentiality concerns in order to meet Title IX obligations.

“It seems to me we’re putting schools between a rock and a hard place, unless we get some clarity here,” Collins said. “How can colleges and universities provide the confidential services and advising that many of us think are vital to students, while balancing and meeting the requirements of both federal and in some cases state law and the desire to respond effectively?”

When a student accuses another of sexual assault, colleges and universities essentially have to fill a legal and investigative role, which they may or may not have the resources to appropriately fulfill. The question then is, why not simplify the process by handing complaints over to law enforcement agencies?

Dana Bolger, co-founder of Know Your IX, said that survivors of sexual assault were reluctant to go to law enforcement officials for a myriad of reasons. “The reality on the ground is that survivors tell us again and again that, were their schools forced to go to the police, they would report to no one at all,” she said.

When no action is taken on behalf of victims, Bolger said, “The costs of violence are very real.” Students who fail to receive adequate support may be forced to drop out or suffer physical and mental health problems. “Accommodations like housing changes and mental health services may seem trivial to the outside observer,” she said. “But to student survivors across the country they are making the difference between staying in school and dropping out.”

Prior to the hearing, critics said that the witnesses chosen represented a “one-sided” take on sexual assault, with an emphasis on victim protections. They said that the rights of the accused should receive equal attention.

Sen. Lamar Alexander (R-Tenn.) called attention to the issue of equal fairness for victims and the accused. Alexander was unable to attend the first half of the hearing. Collins read Alexander’s prepared statements at the start of the proceedings, which outlined three main concerns with the current process for preventing and responding to sexual assault. He said that the federal government should eliminate “duplicative laws and regulations,” help colleges coordinate better with law enforcement agencies “but not turn colleges into law enforcement agencies,” and “establish procedures that are fair and that protect the due process rights of both the accused and the accuser.”

Hearing witness Janet Napolitano, chancellor of the University of California, said that her university system is grappling with that very question. She noted that litigation against UC is filed by survivors of sexual assault and “respondents” in equal measure, indicating that neither side feels adequately represented by the current system.

“Right now, we provide support to the complainant,” Napolitano said. “So do we provide the exact same thing to a respondent? If not, what do we provide?”