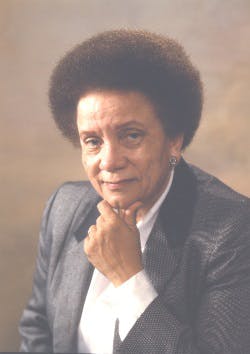 “Dean Mobley was indeed a treasure to the University, and her passion, professionalism, and dedication to the success of our students have been felt across not only the campus but also the entire nation,” said FAMU President Elmira Mangum in a statement. “Because of her tireless efforts, FAMU business students are highly sought after by the nation’s leading Fortune 500 companies, as well as the state and federal sectors. The processes, procedures, and programs she put in place while serving as dean and building the SBI ‘Force,’ have been emulated around the world. The life she lived is an example of perseverance that will never be forgotten.”

James Washington, an alumnus of SBI, said Mobley’s visionary emphasis on international internships and internships that lasted longer than the traditional semester to ensure preparedness for employment was critical to the preparation of FAMU’s business students as some of the best in the industry.

“She helped establish one of the first pipelines for HBCU [students] to Wall Street, banks and corporations,” he said. “She really made FAMU business school into a powerhouse and a big draw for the students and made people want to come to FAMU.”

“I know that I would not have gotten the experience that I did or become the person that I am without” Mobley’s emphasis on personal development and her push to make FAMU business school students the quintessential professional candidates, added Washington. “The personal development piece that she stressed literally pushed you to be the best that you could be.”

Those who knew Mobley, the recipient of Diverse’s inaugural Dr. John Hope Franklin Award in 2004 for her service, say that everything she did was to make sure that her students were the best they could possibly be when they left FAMU.

Florida state Rep. Alan Williams, an alumnus of FAMU’s SBI, said in a statement, “Dr. Mobley’s leadership style and warm personality were among the hallmarks of her service. Throughout her life, Dean Mobley’s dedication to teaching, research and service inspired countless students and alumni and reflected her determination to make FAMU a great university.

She lived the words of the school’s motto, ‘No excuse is acceptable. No amount of effort is adequate until proven effective.’”

“Dr. Mobley’s legacy is and will be the best and the brightest students in business and industry that she helped prepare,” added Williams. “I will always remember her as a trailblazer, how she always considered new and innovative ideas and never slowed down so that her students could reach higher heights in the corporate world. As a badge of honor, I am proud to call myself one of the students she called her ‘SBI superstars.’ If you were fortunate enough to be recruited by Dean Mobley, you knew that you were destined for success, because her standards for enrollment in the SBI program were at the highest level. That is the Dean Mobley we remember today.”

Mobley retired as dean of the business school in 2003, though her legacy on campus persists today. Her family donated $100,000 on her behalf to the institution in February.