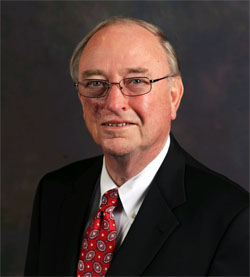 Georgia may currently be the state of many public colleges and universities, but that may soon change if the chancellor of the University System of Georgia has his way.

Henry “Hank” M. Huckaby, who currently presides over 30 public colleges and universities across the state and oversees a $8.1 billion annual budget and more than 45,000 faculty and 312,936 students, is pushing a controversial plan to consolidate Darton State College with Albany State University, a historically Black college university located just a few miles away.

This is not new terrain for the former Republican state legislator turned higher education administrator. He has been down this road several times before, leading some to wonder if he wants his legacy to be that of consolidation guru — one who merged public schools across the state in an effort to cut costs and save millions of dollars to taxpayers.

Now, he is pushing the Albany and Darton State College merger, causing some alumni of Albany State to question whether the merger of a HBCU with a non-HBCU makes sense.

For his part, Huckaby may have the numbers on his side as he moves forward with his plan. For example, of the 6,370 students who attend Darton, more than 51 percent self-identify as minority and an overwhelming percentage of those students are African-Americans.

Then there’s the cost-saving factors. College enrollment at Albany has steadily been on the decline, leading the university, founded in 1903, to eliminate 15 majors earlier this year.

“We, at Albany State University, have an opportunity to be a part of transformational change and by working cooperatively with our colleagues at Darton State College, create a university that anticipates and responds efficiently and effectively to the academic needs of students, preparing them to become responsible citizens,” said Albany’s interim President Art Dunning in a recent memo to faculty, staff and students.

Dunning was handpicked by the Board of Regents of the University System of Georgia as a replacement in 2013 and is not likely to protest the chancellor’s plan. If the plan is accepted, the new consolidated school will be called Albany State University and Dunning would become the permanent president.

Reaction from Albany alumni have generally been critical of the proposal.

“We know the history of mergers. And no matter how you dress it up, you get the same thing,” said Cleveland Haynes, who is the head of the Albany State University Washington, D.C., alumni chapter. “When the minority school merges with the White schools, the minority school tends to be on the losing end.”

Haynes said that, though the board of regents have cited financial reasons for why the consolidation should be considered, he worries that the plan is an attempt to “phase out HBCUs” across the state. And he’s concerned that other states may follow suit.

Dr. Marybeth Gasman, director of the Center for Minority Serving Institutions at the University of Pennsylvania and an expert on HBCUs, said Southern state governments have a long history of not supporting HBCUs.

She said Georgia officials should be cautious as they move forward with their plans.

“I do worry that the ethos of the HBCU will be lost and that administrators won’t be careful with their treatment of alumni and other dedicated constituents,” said Gasman. “If this can be done carefully and sensitively, it might work and provide more resources at a lower cost to students.”