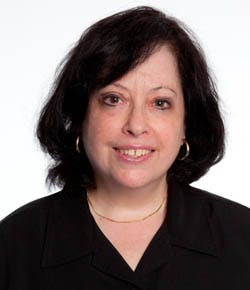 Jody Spiro of the Wallace Foundation says that “universities have to play a very key role” in the development of effective principals.

The role of a school principal is not always smooth sailing, particularly at troubled institutions. They are tasked with boosting morale, ensuring the academic and personal success of their students, and, in cases of failing schools, turning the numbers around. Given the critical role principals play in the K-12 system, the training they receive prior to taking the reins at a school is particularly important, some experts say.

The Wallace Foundation announced Wednesday that it will make a $47 million commitment to help a select number of universities redesign their academic programs for aspiring principals. School leadership is one of the foundation’s focus areas, and it has invested in investigating effective principal training programs for years.

The Wallace Foundation is a New York City-based philanthropy dedicated to improving opportunities for the disadvantaged and fostering arts education.

With this latest commitment, the foundation will fund the redesign of up to six university programs. Participating universities are expected to be selected and announced by the end of the summer.

“If you’re going to make a real difference across the country in terms of getting really effective principals in every school, then the universities have to play a very key role,” said Jody Spiro, director of education leadership at the Wallace Foundation.

In conjunction with the announcement of the $47 million initiative, the Wallace Foundation released a report examining the need for a rethinking of principal preparation. According to the report, the majority of school district superintendents agree that principal preparation programs could be improved. Moreover, universities themselves believe that programs could be improved, the report found.