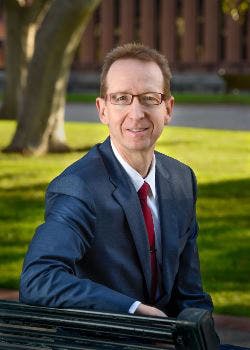 Dr. Michael Quick is provost and senior vice president of academic affairs at the University of Southern California.

While tenure remains the most tangible goal for many individuals who forge careers in academia, those who don’t fit into the traditional model are carving enduring careers off the tenure track. Two Carnegie highest research activity institutions (formerly known as research 1)—the University of Southern California (USC) and West Virginia University (WVU)—have given non-tenure-track faculty leadership positions in academic senates and full benefits, including eligibility for promotion.

“[Non-tenure-track faculty] are becoming more and more a huge part of a lot of universities’ brain trusts,” says Dr. Michael Quick, provost and senior vice president of academic affairs at USC. “We need to start recognizing and putting into place those pieces that allow them to thrive.”

While WVU has long had research professors and clinical professors, several years ago the university introduced full-time positions with term contracts of up to three years for teaching professors. At both USC and WVU, teaching faculty have their time allocated at 80 percent teaching and 20 percent service, with some variances. The latest promotion and tenure (P&T) document for WVU allocates for up to 10 percent of time to be spent on research/scholarship and/or service. Tenure-track faculty typically divide their time at 40 percent teaching, 40 percent research and 20 percent service, although research is often the priority.

Both universities have created promotion tracks for teaching faculty. At WVU, they have instructor, assistant, associate and full professor designations. The higher the level, the longer the contracts. Teaching faculty are most heavily used in departments that teach a large number of lower-division undergraduate courses, but they also teach advanced courses.

While there are variances from department to department, Dr. Melanie Page, associate vice president for creative and scholarly activities at WVU, says that, in many departments, teaching faculty are fully integrated, even having a say on tenure decisions. At the university level, teaching faculty have their voices heard on all crucial issues.

“In the latest P&T document that was approved by the Faculty Senate two years ago, it was spelled out very clearly that it is the expectation that they be fully integrated into departmental life,” says Page.

“I believe their role has gotten stronger in terms of [the] number of people in these types of positions as well as in terms of organizing and talking with each other to identify common obstacles they may be facing and some best practices around how to integrate faculty of all types into a unit,” she continues. “One of the current conversations we are having is what does promotion to full professor look like for a teaching faculty member versus a tenure-track person. None of the teaching professors have been in rank long enough to become full professors, but several will be within a few years.”

When Dr. Jennifer Orlikoff, director of the Center for Women’s and Gender Studies at WVU, arrived in 2008, teaching faculty was a fairly new category. In the years since, she says she’s seen teaching faculty become valued and almost fully integrated members of the university community.

“I have seen a huge increase in appreciation of the teaching faculty now that [the old guard] understand that we’re still here,” says Orlikoff, an associate professor in the Department of World Languages, Literatures, and Linguistics. “There is still some of that two-tiered class separation, but I think that’s changing a lot.”

While Orlikoff says that she wishes she had more time for research, she notes that she enjoys the classroom and mentoring students. Orlikoff also says she thrives on the service component, making an impact on the academic life of the institution.

During the 2014-15 school year, Orlikoff served as chair of WVU’s Faculty Senate, the second teaching faculty person to do so. The current president of USC’s Academic Senate is Dr. Ginger Clark, a non-tenure-track professor of clinical education. Typically, an academic or faculty senate is where faculty gives its collective voice about the academic mission of an institution. It is also where faculty raise concerns and discuss issues they encounter.

Quick’s office keeps an open dialogue with the Academic Senate. To see USC flourish, he says it is crucial to give a diverse range of faculty a voice in governance.

“What we have found is the more you bring people into faculty governance, the bigger the ideas, the larger the jumps forward,” Quick says. “Once people get comfortable with the idea of spreading governance out, the better off an institution will be and the more likely other institutions will be to dive into that.”

Dr. Jeffrey Chisum, an assistant professor of writing, serves on the non-tenure-track committee in the Academic Senate at USC. The committee is currently working on an updated white paper that will have recommendations for best practices. USC is made up of 21 schools. Chisum’s home is the Dornslife College of Letters, Arts and Sciences, where some of the top faculty are non-tenure track.

“The writing program is teaching-centric, and the culture there is one that’s really supportive of pedagogy,” says Chisum, who became involved in the Academic Senate at the encouragement of colleagues.

Fellow non-tenure-track committee member Elsbeth M. Collins, an associate professor of theatre practice and director of production in the USC School of Dramatic Arts, has seen positive changes at USC.

“Most recent changes to the faculty handbook reflect the removal of references to NTT [non-tenure-track] faculty; the use of the word ‘faculty’ refers to all T [tenure], TT [tenure-track] and NTT faculty,” she notes. “This has been met with enthusiasm by all faculty senators. I believe changes like these speak to the intentions of the university and faculty at large to respect NTT faculty and recognize their contributions in teaching, clinical work and research.”

A look to the future

While leaders within the American Association of University Professors (AAUP) are pleased that people are securing full-time jobs rather than piecing together part-time work as adjuncts, there is noted caution.

“Though full-time non-tenure-track jobs are generally much better than adjunct or part-time jobs in terms of compensation and inclusion in the full range of faculty work—such as governance—they are still very problematic in that they lack the protections of tenure,” says Dr. Gwendolyn Bradley, director of external relations at AAUP. “The purpose of tenure is to provide due process protections so that faculty can independently exercise their academic freedom—in the classroom, in research and in governance activities.”

Page says that, at WVU, data show that teaching positions are primarily held by women and people of color, which is good in terms of diversity, but bad if this type of position is being treated as inferior.

“I definitely think having teaching professors who are full time and benefits eligible is much preferred to a person being an adjunct,” Page says. “Not only is this better for the person, it is better for the institution. You get a person that is able to fully develop in their job, invests time and effort on excellence, and each party is committed to the other for the longer haul.”

Quick says that he has not yet been sought out by other institutions to offer advice relative to USC’s increased prestige of non-tenure-track faculty, but he certainly has been engaged in discussions at conferences and when visitors come to campus.

Reactions have been positive and other academics have listened to details about how the provost’s office supports a diverse academic senate.

Orlikoff says that she has suggested to administration that they promote WVU as an example of how non-tenure-track teaching faculty can positively impact the academic life of an institution.

Page says that she looks forward to sharing WVU’s best practices as well as hearing about what other universities are doing.