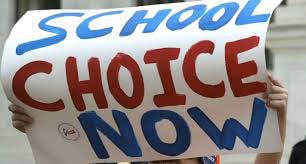 In a finding that is certain to stir the debate on the merits of charter schools, a new study has found that charter high school graduates persist in college at higher rates and also earn higher salaries in their mid-20s than students who graduated from traditional public high schools.

Specifically, the study found that charter high school attendance is associated with an increase of about $2,300 in maximum annual earnings for students between ages 23 and 25—or roughly 12 percent higher earnings than comparable students who attended a charter middle school but then switched to a regular public school for high school.

It also found that charter higher school students are six percentage points more likely to persist in college for two years, even after controlling for postsecondary enrollment. That’s significant, the study states, because most students who drop out of college do so during their freshman year, which means making it to the second year makes it more likely that students will earn a college degree and reap the economic benefits that go along with being a college graduate.

The study, which was published this week in the Journal of Policy Analysis and Management, is titled “Charter High Schools’ Effects on Long-Term Attainment and Earnings.”

The authors of the study say the positive relationships between charter high school attendance and long-term outcomes are “striking” in light of the fact that charter schools in the same jurisdiction—in this case, Florida—have not been shown to have a large positive impact on students’ test scores.

“To the degree that our findings hold up in a broader set of charter students, locations, and different analytical approaches, a natural question to ask is what is leading to these positive associations for educational attainment and earnings,” the team of researchers who authored the study wrote.

While opponents of charter schools have argued that the schools divert funding away from regular public schools and lack the same accountability, some education experts say the new study helps make the case for the expansion of charter schools.

“This is another strong piece of evidence that charter schools are having some very positive effects, at least in some locales,” said Frederick M. Hess, resident scholar and director of education policy studies at the American Enterprise Institute, a not-for-profit research organization based in Washington, D.C.

“When the average effect of charter attendance is this positive, it certainly helps make the case for expanding charter schooling,” Hess said.

“This study should certainly give pause to policymakers who are working to impede the growth of charter schools,” Petrilli said. “And this will provide ammunition to those of us fighting to make sure charter schools have access to equitable funding and high-quality facilities.”

The study is not without its shortcomings.

For instance, since it examines students in charter schools in Florida, the authors caution against extrapolating the findings to charter schools throughout the nation since the characteristics of the students and the nature of the charter school policies will vary from state to state.

Further, the study examines students who entered high school in 1998—when the nation’s charter school movement was only about six years old—and tracks the earnings data of students only through the year 2011.

“In the interim, conditions could have changed in the treatment (in this case, the number and types of charter schools),” the study states. “Therefore, the analyses may have limitations in their applicability to the current set of charter schools in Florida.”

Limitations aside, the study purports to be the “first to estimate charter schools’ effects on earnings in adulthood, alongside effects on educational attainment.”

One thing the study does not deal with are concerns that charter schools have been found in some instances to kick students out of school at higher rates than public schools. This is particularly true when it comes to Black students and students with disabilities.

And high-flying charter schools such as Urban Prep Academies in Chicago have been found to kick out students at rates as high as six times the rate of Chicago’s public schools, raising questions about whether such schools are achieving the exceptionally high rates of college enrollment by getting rid of troublesome students who could drag down the rate.

The question of disproportionately high charter school suspension rates is entirely relevant to the discussion at hand because a different study—titled “The Long-Run Effects of Disruptive Peers” and released recently by the National Bureau of Economic Research—recently found that removing one disruptive peer from a classroom for one year would raise the future earnings of the classmates by $100,000.

Nina Rees, president and CEO at the National Alliance for Public Charter Schools, said charter schools are not as bad as they are made to seem when it comes to school discipline.

“The most recent data on this topic show no difference between charters and the traditional public school system in their tendency to expel students,” Rees said. “Some networks have a higher percentage rate than others but these are anomalies—not the norm.

“In those jurisdictions like New Orleans and D.C. where charters are hitting a critical mass and data have shown high expulsion rates, the movement has been very quick to self-correct.”

Asked for the source of the data to which Rees was referring, a media relations specialist at her organization pointed to this blog piece.

“I think policymakers should double down on chartering as a tool to revitalize communities and get more students out of poverty,” Rees said.

A key question is figuring out what it is about charter schools that enable their students to stay in college and earn more money than their traditional high school counterparts, if in fact that turns out to be the case on a large-scale basis.

“This kind of flexibility allows schools to craft academically focused cultures, minimize bureaucratic distractions, and set clear expectations and norms for students,” Hess said. “Charters are also allowed to embrace a clear mission, which makes it easier to ensure that schools, teachers and families are on the same page.

“All of this makes it much easier for teachers and students to be successful.”

Other possibilities include the fact that charter schools can often be more nimble because they have smaller student bodies and have been known to devote more staff specifically to college enrollment.

“For initial college entry, it may be that these charter schools are merely providing better counseling and encouragement to apply and enroll,” the new study states.  “But that could not explain higher rates of persistence in college or higher earnings.

“It is possible that charter high schools are endowing their students with skills that are useful for success in college and career but that test scores do not capture,” the study states. “For example, successful charter high schools might be particularly good at promoting skills such as grit, persistence, self-control, and conscientiousness—skills that are not fully captured in test scores but that are critical for long-term outcomes.”