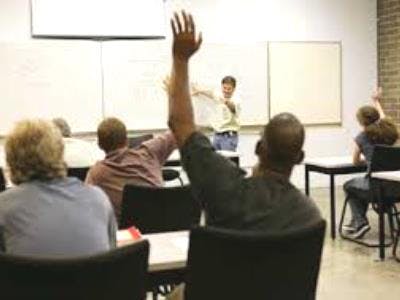 WASHINGTON — Business leaders from some of the most well-known brands in the nation gathered Monday to highlight initiatives designed to “upskill” their workforces and to call on other companies to similarly invest in further education for their employees.

Providing educational opportunities for employees is not only a way to do right by workers, they said, but it’s also good for a company’s bottom line.

Speaking at an event titled, “Win/Win Making the Business Case for Employee Talent Investment,” Kippen called the decision to invest in employee education a “no-brainer argument.”

“At the same time, we need data to support that,” Kippen said.

That’s where a new study released Monday by the Lumina Foundation, an Indianapolis-based nonprofit that focuses on increasing postsecondary attainment, came in.

The report, “Talent Investments Pay Off,” examined the return on investments of an education reimbursement program (ERP) at Cigna, a health insurance company.

The study found that, for every dollar the company spent on tuition assistance for its employees, it received each dollar back and saved an additional $1.29 — essentially a 129 percent return on investment — in “talent management costs.”

“And if a company’s results are even half as great as Cigna’s, that means it’s not a cost-center but an investment,” said Haley Glover, strategy director at the Lumina Foundation.

Sarah Armignacco, HR director of educational initiatives at Wegmans, a food market chain, spoke of how the company began a scholarship program 30 years ago when it realized a third of its workforce were under age 21 but few were graduating from high school.

Through a scholarship program, which is run in conjunction with the Hillside Work-Scholarship Connection, the company has improved the high school graduation rate from 28 to 95 percent among its employees. In addition, a 100 percent turnover rate has been reduced to 17 percent, which she said represents $1 million in avoidance of turnover costs per year.

The tuition assistance has been an “incentive to get them to graduate and see a brighter future for themselves,” Armignacco said. And the company gets a better pipeline of future managers, she said.

Determined not to lose any employees for the same reason, Smith teamed up with an education benefits company called InQuisic, which he said was able to create customized solutions for franchises, specifically, web portals that can be accessed by the employees and franchisees alike.

Now, Smith offers up to $1,000 per year for employees who work 24 hours per week for at least 12 weeks. Employees must maintain a C average to keep the benefits.

Smith spoke of an employee who used the tuition assistance to get trained in HVAC and now is able to use his expertise to keep Smiths’ HVAC systems running smoothly.

“So that benefits both of us,” Smith said.

Since Smith partnered with InQuisic, 30 fellow Chick-fil-A franchisees have followed suit and more than 100 Chick-fil-A employees are pursuing $100,000 in tuition reimbursement through the program.

Smith challenged business leaders to consider, after creating a remarkable experience for customers, “How are you making an impact on our company and employees?”

At Monday’s event, business leaders announced a new partnership with LearnUp — which describes itself as a “pre-hire skills coaching platform” — to help 500,000 job seekers with “access to the skills needed to get hired and build careers” by 2017 with three companies: 365, a new venture by Whole Foods Market; Sheetz, Inc., a convenience retailer; and The Fresh Market.

A press release states that applicants who complete LearnUp’s pre-hire skills coaching are three times more likely to be hired, and that the turnover rate for LearnUp hires is 10 to 30 percent lower than non-LearnUp hires.