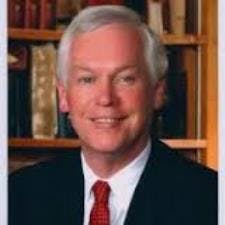 Crain’s Chicago Business published a fascinating, head-scratching and troubling opinion piece recently by two professors from the University of Illinois at Chicago and Northeastern Illinois University critical of the “wealth hoarding” of large private research institutions.

They note: “In the past few weeks, as faculty at Chicago State University reviewed their pink slips and those at Northeastern Illinois University learned about mandatory furloughs amounting to 20 percent pay cuts, the University of Chicago announced a $35 million gift from the founder of an investment firm to establish a ‘new think tank to research urban issues.’” It received another $10 million from the Pritzker family to fund ‘Urban Labs’ that will support research addressing the ‘big challenges cities face.’”

These professors then recite a litany of the problems that their institutions confront. They comment: “We teach at institutions of higher education experiencing endless belt-tightening and wage losses, and which, like most public colleges and universities, have no big donors on the horizon.” They further cite the impasse over the state’s budget, reporting: “Even if a budget passes, the governor has proposed a 31 percent cut to public higher education.”

They exclude flagship public institutions like the University of Illinois whose leaders “have some financial reserves to help them weather this budget impasse. But the public universities in Illinois that serve the greatest number of working poor and first-generation college-goers do not.” Having set the context, the professors argue: “Offering mass amounts of private wealth to already hugely wealthy private institutions is scandalous.”

Their solution is simple: nationalize the endowments of wealthy private colleges and universities in America.

It’s hard to even know where to start. The responses to the Crain’s article ran the full gamut from those supporting massive wealth redistribution to practical suggestions on how to govern cash-strapped public universities, with a good deal of name-calling back and forth as the comments posted online.

Let’s separate out what doesn’t matter. We should begin by assuming that the work of these professors was a good faith effort to stimulate dialogue with a fresh approach.

It is an unfortunately naïve and remarkably simplistic suggestion, however, that speaks to the limits of their understanding of the reasons why public higher education in Illinois is in such a mess. These professors decry the University of Chicago’s endowment as “wealth hoarding,” arguing that if the government seized the university’s endowment and spread its $7.5 billion across public universities throughout Illinois, then the effect would be a greater public good.

Curiously, they do not make the same case for wealth distribution among the well-endowed flagship public universities in states, for example, like Texas, Virginia, Michigan, Pennsylvania, Ohio, Minnesota, California or Washington.

Further, we do not know how they propose to undertake redistribution. Do government leaders at the federal and state level really represent the best “hands on the purse strings” given the professors’ analysis of the state of the public higher education impasse in Illinois? When Harvard’s Drew Faust has to explain to Congress how endowments are built from a combination of restricted and unrestricted funds, is the primer so basic that the congressional hearing is at best premature or maybe even unnecessary?

And then there is the question of the reaction once the University of Chicago ― joined by the rest of the nonprofit community, including wealthy public flagship universities ― files suit to prevent nationalization. Any action to nationalize funds ― whether restricted or unrestricted by category ― would have a chilling effect on the entire nonprofit community.

It might be better to propose something other than raiding the coffers next door to think about the role that higher education ― public and private ― plays in America.

If the current presidential candidates are right to suggest free public higher education as their centerpiece legislation, for example, perhaps they had best dive deeper into the wisdom of a promise equivalent to offering free ice cream for everyone. Who doesn’t like ice cream?

Would free public college tuition address any of the serious and legitimate issues identified by these professors?

For the publics, how best can the state and federal government support public higher education, their students and the workforce? What is the vision for public higher education in America? If the public sector needs more money, better developed fundraising and new operating models, isn’t it better to work at how to create a vision ― with parameters ― that gets the job done?

The answer will not come from coveting thy neighbors’ goods.