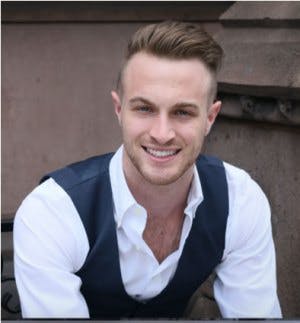 Christian-based religions (notably Catholicism and Protestantism) still account for 73 percent of Americans’ religious identities. However, Islam has quickly grown to become the largest non-Christian religious identity in the United States and the third-largest religion, representing an estimated 1 percent of the population. In 2010, 2.6 million Americans identified as Muslim and that is projected to rise to 6.2 million (1.7 percent of the population) by 2030. The growing religious diversity has seeped onto college campuses and, while diversity initiatives often grab the attention of institutions, campus leaders are still unsure how to discuss or handle religious diversity.

Islamophobia continues to grow in America, where 45 percent of Americans hold negative perceptions toward Muslims combined with increasing visibility of Muslim Americans has unfortunately resulted in violence toward undeserving Muslim students. There is a long history of Islamophobia in America, but after the 2013 Boston Marathon bombing, backlash toward Muslims escalated. Muslim students across the country became overtly aware of their identity and the perception of their faith by non-Muslim Americans.

Muslim students studying in Boston reported avoiding areas surrounding the bombing site because of hate slurs and threats directed at them, especially among women who wear the hijab. Nationally, Muslim students reported racist comments, microaggressions and discrimination on campus, while experienced being labeled a terrorist to being physically assaulted by peers. Physical assaults have intensified to killings. The murder of three college students near the University of North Carolina at Chapel Hill was a vibrant hate crime toward Muslim Americans highlighting the need for institutions to step forward and address the needs of Muslim students.

Universities should help Muslim students during these troublesome times. Frequently, services directed toward Muslim students operate through student affairs offices, while in conjunction with other offices on campus such as student development, diversity/multicultural offices and international student offices. Nevertheless, there is no golden answer. Rather, solutions depend largely on campus context and resources. Generally, institutions approach the topic by building greater cultural awareness, initiating campuswide programs targeting Muslim students and train faculty/staff to appreciate Muslim students’ multiple identities.

Few institutions are blazing the way in supporting Muslim students and serve as examples for the rest to follow. Several schools are adopting the concept of religious pluralism to mend cultural and religious conflicts on campus. Collectively, student development offices, student affairs offices and student religious groups are uniting to construct equal representation of all religions by advocating coexistence.

Historically, most secular campuses avoided devoting resources and money to religious programs, but now acknowledge the importance of students’ religious identities and attempt to assemble “one-stop-for-all” religious centers. Massachusetts Institute of Technology (MIT), for example, renovated several of their former chapels and Christian centers to better accommodate the 28 student religious organizations represented on campus. As expected, it encountered acceptance and hesitancy.

The office advocated for spaces welcoming all religious groups, encouraging interfaith interactions and dialogue. Accommodating prayer rooms on campus has received positive feedback, but MIT lost some support from rallying Christian students when the school redesigned a popular chapel into an interfaith space. Christian students felt Muslim students were impeding on their “turf” when Muslim students attended in large numbers for the newly renovated spiritual center’s Jummah (Friday prayer) service. Despite initial pushback, the mission had tremendous breakthroughs uniting student religious/cultural groups and made Muslim students feel more included than ever.

Services also need to expand outside of faith-based activities. For many women, not wearing hijabs during gym hours can be uncomfortable due to extra attention they may draw because of their attire and while they do not feel limited in the activities they can do, they wish to exercise in a more comfortable environment away from the hypermasculine atmosphere traditionally accompanying college gyms.

After Muslim students approached Harvard University’s athletic facilities about the issue, they partnered with Harvard’s student affairs office to investigate services desirable by other female students on campus. After considering requests, the campus agreed to reserve select gym hours for women only. Also, along with Harvard’s Muslim Student Association (MSA), the student affairs office and athletic facilities acquired special women-only pool hours. For Harvard, the initiative not only helped women wearing hijabs, but all women on campus by creating a more welcoming athletic environment.

Student life is a balancing act, but Muslim students deal with visible societal discrimination, which can penetrate any campus atmosphere. As portrayals of Muslim violence and terror echo across the nation, Muslim students struggle with their perceived identities from outsiders.

The rise of Donald Trump’s presidential campaign highlights America’s strong anti-Muslim animosity. The Council on American-Islamic Relations reported that, just between 2009 and 2010, “there has been a 50% rise in anti-Muslim vandalism, a 150% rise in Islamophobic rhetoric, and a 300% rise in violence.” Now schools are actively engaging guidance counselors to comfort Muslim students combating these psychological challenges.

At George Washington University, the offices of diversity, student affairs, mental health services, and the school’s MSA have partnered in deconstructing and supporting Muslim students stressed by harmful stereotypes. Together, they host discussions and workshops, encouraging all students to attend, where they learn how to handle harmful images/language/acts toward Muslim students. In addition, counselors offer free counseling for Muslim students or any students dealing with issues on managing their religious identity while in college.

Most importantly, campuses need to develop safe zones and increase the cultural awareness among faculty, staff and student populations to ensure a welcoming environment, not just Muslim students, but for all.

Safe zones serve the purpose of providing students a location on campus where they know they can truly be themselves without judgment or fear of discrimination. The establishment of safe zones has proven wildly successful in providing Muslim students areas to explore their personal identities together, gather for cultural/religious events and serve as an office for hosting educational/awareness events regarding Islam. Like other unrepresented student groups, safe zones provide an escape from what at times can be a stressful experience navigating the dominant campus culture.

In a recent study, Muslim students surveyed felt limited individuals outside of their religious communities understood their needs or how their religion might require them to adjust to their campus in different manners than other students. Thus, training campus faculty and staff helps develop collective knowledge on the unique needs of Muslim students. Students living in campus housing reported not having access to food from the housing’s café because their fasting period during Ramadan did not end until the café had closed, leaving them to turn to off-campus options for dining, which was not always financially possible for students.

Azfar Anwar, an Islamic Studies scholar, commented, stating that, while institutional changes are critical, it is “more about sitting down and understanding each other.” As Islamophobia grows nationally, interfaith efforts must flourish. Therefore, institutions must provide funds, locations and time for students to engage in interfaith dialogues. Only then can transformations occur.

Muslim students provide individuality for campuses, which should not be ignored. By positively welcoming Muslim students on campus and creating opportunities to express their culture, it provides opportunities for all students to benefit. The added diversity brings a cultural depth to campuses and builds a greater sense of pluralism. Institutions and student affairs offices need to proactively engage themselves in measurements to ensure Muslim students can be as successful as possible on campus. Through save zones and increasing campus cultural awareness, institutions can best mold themselves to be accepting of not only Muslim students, but also diversity as a whole.

Allen Kenneth Schaidle serves as an educational consultant and is pursuing an MSc in Education at the University of Oxford.