WASHINGTON — In order to help more low-income students complete college, policymakers and higher education leaders must pay more attention to the gap between what financial aid covers and the true cost of attendance, a group of panelists argued Wednesday.

“Students can’t be successful if they are constantly in financially precarious situations,” said Rachel Fishman, a senior policy analyst at New America, a nonprofit thinktank. 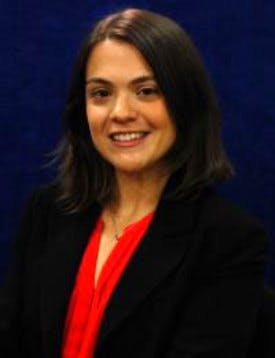 Rachel Fishman is a senior policy analyst at New America.

At the same time, Fishman said that, the more she studied the problem, the more reluctant she was to prescribe any one policy solution around the federally defined cost of attendance (COA). The COA includes not only tuition and fees, but the total it will cost to go to college each year, including for things that range from room and board to books.

Fishman said she was more inclined to advocate for “universal basic income” as a solution but conceded the idea was beyond the scope of higher education policy.

At a panel discussion titled “More Than Tuition” at New America, panelists described dire circumstances some low-income students face as they struggle to make it through school — and a few possible solutions to help ameliorate their issues.

Fishman noted that America’s college students have become increasingly diverse and low income since colleges had to first begin calculating COA some 30 years ago.

Most of the conversation focused on community college students, whom she said had an average net price of $8,000 after financial aid is taken into account.

“Much of this net price is going to be spent on living expenses,” Fishman said, who noted that 45 percent of all undergraduates have household incomes of less than $30,000.

Dr. Matt Reed, vice president for learning at Brookdale Community College in New Jersey, where 40 percent of the students are Pell Grant eligible, spoke of students who are living in cars or couch surfing.

“When you live in your car, the idea that you’re going to spend $300 on your biology textbook is absurd,” Reed said. “One of the ways low-income students cope with book costs is not buying the book.”

To help prevent students from facing such dire choices, Reed said he espouses Open Educational Resources, or OER, which are materials that are freely available online. He related that one professor took him up on the suggestion and realized a 10 percent increase in course completion as a result.

“And the reason was students actually got the book,” Reed said.

At the same time, Reed said taking OER to scale like other institutions, such as Tidewater Community College in Virginia, requires a lot of effort.

For instance, he said, it requires securing the often elusive buy-in from faculty, who may not want to be told what materials to use, and forgoing the revenue that would otherwise come in through the bookstore.

Reed also said it’s wrong to assume that all OER materials will be high quality or that instructors will have the time to produce ancillary materials.

Dr. Barbara Gault, vice president and executive director of the Institute for Women’s Policy Research, said there needs to be better collaboration between the child care and higher education sectors since large numbers of students — particularly women — have dependent children in need of child care.

“The financial pressure falls to women to a greater extent because they’re more likely to have dependent children than male students,” Gault said.

Gault explained that the cost of child care takes a heavy toll on women’s finances and creates a vicious cycle because they take out loans to pay for child care and then have a harder time paying those loans back because women tend to be paid less than men.

“For those of us concerned about promoting racial and ethnic equity, we need to look closely at the parenting piece,” Gault said, noting that women college students of color are more likely than others to have dependent children.

“If we’re blind to the issues of caring for kids, we’re not going to be able to solve that racial equity puzzle,” Gault said.

Jee Hang Lee, vice president for public policy and external relations at the Association of Community College Trustees, said students with financial need should be better connected to public benefits.

“Benefits access is something important for many of our students,” Lee said. “The reality is, if they’re not tapping it, they’re probably struggling mightily.”