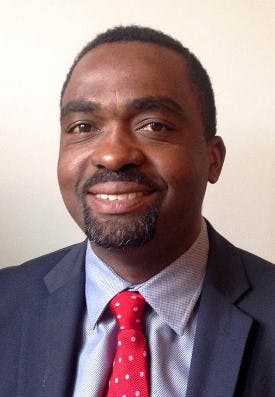 Two New England universities—one public and one private—have recently named African-American males to head their admission offices. The move comes amid ongoing efforts by universities throughout the nation to grapple with how best to increase the racial demographics of their student bodies.

Brown University recently announced the selection of Logan Powell as its dean of admission. And the University of Massachusetts Amherst has named Dale R. Hendricks as the new director of undergraduate admissions. Both men have extensive experience in admissions and recruitment.

Powell, who currently serves as director of admissions at Princeton University, has held posts at Harvard University and Bowdoin. Brown officials say that, in his new role, Powell will oversee a staff of 38, including 19 admission officers, and will be responsible for the identification, recruitment and selection of all undergraduates seeking admission to the Ivy League school.

“The dean of admission is a critically important position in the university’s effort to advance academic excellence,” says Dr. Richard M. Locke, who is the provost at Brown. “Dean Powell will serve as a strategic leader, responsible for ensuring that Brown continues to attract and support the most talented, creative, intellectually independent, driven and diverse students from across the globe.”

Powell, who earned his bachelor of arts degree from Bowdoin College and a master’s in education from Harvard University, says that he’s looking forward to the new challenge.

“I am tremendously honored and humbled to serve as Brown’s next dean of admissions,” he says. “Brown is a remarkably collaborative and vibrant institution, and I look forward to joining a dynamic community of scholars, students and alumni. In the spirit of partnership, I seek to work with colleagues from around the University to enroll students who will continue to represent a great depth of intellectual curiosity and diversity of thought.”

“We are so delighted that someone of Dale’s stature and experience will be joining our campus,” says Umass Amherst Provost Dr. Katherine Newman. “His enthusiasm and leadership abilities come through even in a first meeting. Given the campus commitment to diversity, his past experience at Amherst College and at Holyoke Community College will be invaluable for our undergraduate recruitment efforts.”

Umass Amherst officials say that Hendricks will be responsible for management and leadership of the university’s Undergraduate Admissions Office and will play a critical role in helping to define the university’s undergraduate recruitment and enrollment goals and ensure that those goals are met.

“As a first-generation college student, having access to a quality education fundamentally changed the trajectory of my life,” says Hendricks. “I am excited to work with the admissions team to build bridges to opportunity so that students may experience the transformative power of a world-class UMass education.”

Hendricks received his bachelor of arts degree in African-American studies and mathematics from Wesleyan University.