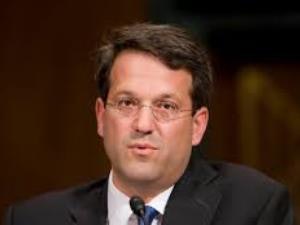 A former graduate student has lost a mental-illness-based disability and retaliation suit against Fordham University.

Pierce enrolled in the program in 2011. The following year she took a one-semester medical leave.

When she returned, she applied for additional loans to cover medical costs, but, when the university asked for access to her medical records, she responded that doing so would violate her Americans with Disabilities Act rights, according to the suit.

The next year, she underwent a psychiatric hospitalization and then took a second medical leave, it said,

The suit claimed that Fordham failed to accept her documentation when she wanted to return.

However, Furman said she “opted not to comply” with the university’s re-entry process for students wishing to return after a mental health leave of absence. The decision quoted an email, in which she told a dean, “I will not be supplying Fordham with the forms.”

The suit accused Fordham of intentionally violating the ADA and Rehabilitation Act.

Rejecting the charges, Furman wrote, “The facts she alleges do not give rise to any inference that the defendants harbored some discriminatory animus against her disability. Nor do they provide any indication that she was singled out. To the contrary, the complaint itself suggests that any student who, like Pierce, took a leave of absence for mental health problems was required to complete the reentry process and that she was denied readmission because she refused to comply with that process.”

Furman also said Pierce had acknowledged Fordham’s justification for a nondiscriminatory reentry procedure. As she herself puts it, ‘given the world as it is today relating to terrorism, mentally ill and gun control, it is understandable that a university would be engaged in the practice of insuring that a student—who was suffering from a mental disability as well as a recent psychiatric admission—is not a danger to herself or others.’”

In addition, Furman found no basis for Pierce’s claims accusing the U.S. Department of Education’s Office of Civil Rights of delaying action on her complaint.

Shott joined Rush in 1982 and filed her first suit in 1994, alleging discrimination based on her severe rheumatoid arthritis and Orthodox Judaism. After two jury trials, she won a $60,000 verdict for disability discrimination, the decision said.

When her medical condition worsened, she moved 75 miles away and worked on research projects solely from home.

She has not taught a full course for credit since at least 1994, has not been listed on any funded grant since at least 2005, and currently has no relationships with the other faculty-level biostatisticians at Rush,” the court said in an opinion written by Judge Frederick Kapala.

In 2008, she “demanded” that Rush’s CEO or medical dean unilaterally promote her to a full professor without asking for recommendations from the chairs of the two departments where she was appointed, Internal Medicine and Preventive Medicine, the court said.

She then rejected the dean’s offer of a 7 percent raise,” insisting that Rush immediately triple her salary, promote her to full professor and pay her $700,000 in back pay, plus interest, and compensation for pain and emotional distress caused by Rush’s alleged discrimination and retaliation,” it said.

She sued for alleged violations of Title VII, Section 1983 and the Americans with Disabilities Act.

A judge in Chicago threw out the case.

In upholding that ruling, the 7th Circuit said that because Shott never formally applied for promotion under Rush’s established procedures, there is no basis to claim wrongful denial of promotion. And even if she had followed the proper procedures and requested the recommendation of her chairs, she didn’t comply with other requirements such as submitting support letters, copies of recent publications and a current CV.

Next, the court found that the university had no legal obligation to provide Shott with information about the religious practices of 13 potentially comparable employees. It said, “Rush was in no better position to ask its employees about their religious practices than Shott herself was, and such questions would have been particularly problematic coming directly from an employer.”

In addition, she didn’t demonstrate that Rush treated her less favorably than any similarly situated researchers. The court said, “Shott was the only biostatistician on the faculty who never received any grant funding to support her salary between 2005 and 2012. A professor’s ability or inability to obtain grant funding is often an important consideration in evaluating his or her productivity, and in that particular aspect Shott’s performance fell far short of that of her proposed comparators.”