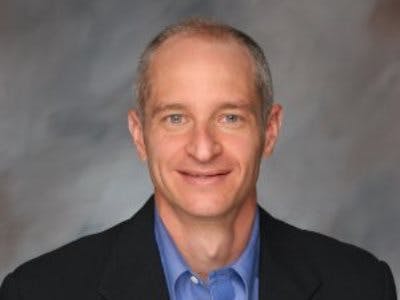 WASHINGTON — Despite ongoing efforts to make it more efficient, the federal student aid system was lambasted Wednesday as being “untenable” and overly complex.

The criticism came during a Capitol Hill briefing titled the “State of Student Aid” and hosted by the National Association of Student and Financial Aid Administrators (NASFAA).

Brad Barnett, senior associate director of scholarships and financial aid at James Madison University, said the system is so complex that, when financial aid officers took a game-show-style quiz on repayment options during a recent professional gathering, most got the answers wrong.

“If a group of financial aid officers can’t correctly answer the majority of questions about loan repayment options, how can we expect our students and families to understand them as well?” Barnett said, noting that currently there are eight repayment plans.

Barnett also lamented how new regulations make it difficult for financial aid counselors to stay abreast of them all.

“The time for financial aid officers to deal with these is taking away from the time we have to spend with students and families,” Barnett said.

From gainful employment regulations to loan fee changes and the disappearance and reappearance of the Perkins loan program within a single school year, Barnett said, “We’ve reached a point where we’ve overly complicated the system.”

Amy Laitinen, director of the higher education policy program at New America, a nonprofit think tank, described the student aid system as “untenable” because colleges are “increasingly financed by debt.”

“And increasingly taxpayers have to pay it back,” she said, through “backend programs” such as Income-Based Repayment and loan forgiveness.

“It sort of begs this question: How is this possible when we’ve seen historical amounts of spending on the Pell grant program?” Laitinen said.

Indeed, the Obama administration has often touted how it has doubled Pell grant spending since it took office.

The Pell program was funded at about $32.1 billion in the 2013-14 school year, when it served about 8.7 million students, according to National Student Aid Profile: Overview of 2016 Federal Programs, which NASFAA released at the briefing.

Indeed, since 2004, student loan balances have more than tripled to nearly $1.2 trillion, in 2014, according to the Federal Reserve Bank of New York.

“Our data indicate that both increased numbers of borrowers and larger balances per borrower are contributing to the rapid expansion in student loans,” a New York Fed report states. “Between 2004 and 2014, we saw a 74 percent increase in average balances and a 92 percent increase in the number of borrowers. Now there are 43 million borrowers, up from 42 million borrowers at the end of 2013, with an average balance per borrower of about $27,000.”

Laitinen said the reason for increased reliance on loans is because loans are “popular in Congress for a few reasons.”

“One is that loans to students are like grants to institutions,” Laitinen said. “Students have to pay it back but institutions don’t, and institutions are important constituents for Congress.

“Plus, loans have made money for the federal government,” Laitinen said. “Some say, ‘Let’s increase loans so we can increase Pell,’ which is nuts because the purchasing power of Pell has declined.”

Laitinen said the total $130 billion that the federal government offers to college students in the form of student aid could be an important “lever” to make sure institutions serve students well and make sure they get a quality education.

But Dan Madzelan, associate vice president of government relations at the American Council on Education, an organization that represents accredited and degree-granting institutions, was skeptical about efforts to tie institutional performance to student aid.

Asked if there was a minimum standard of quality for schools to participate in the federal student aid program, Madzelan said: “That’s a difficult question because, when you start putting performance or outcome goals on your participating institutions, then you have to think about the interaction or interplay or interference or collision with other primary public policy goals.”

For instance, he said, if institutions are judged on their graduation rates, it will create a perverse incentive for them not to admit students who are not well-prepared for college.