WASHINGTON — The American Council on Education has selected former U.S. Under Secretary of Education Ted Mitchell as its 13th president, the organization announced today.

With the appointment, Mitchell — who succeeds Molly Corbett Broad, who served as the council’s president since 2008 — becomes the latest in a string of former Department of Education officials during the Obama administration who have assumed presidencies at education advocacy organizations here in the nation’s capital. 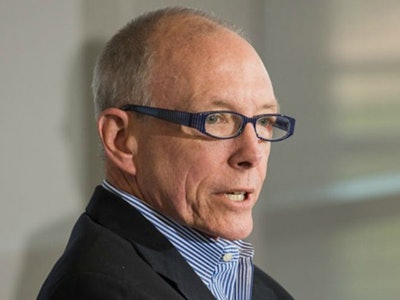 The trend is one that at least one federal education policy observer says is a sign of a “loyal opposition” that has unfinished business in the area of education reform even though they no longer work in government.

Among them is John B. King. Jr. — president of Education Trust and former secretary of education under President Obama.

King praised Mitchell as a champion for “expanding educational excellence and equity—particularly for students in historically underserved communities.”

“Ted’s experience in government and as a college president and administrator, as well as his unwavering commitment to a world-class education for every student, make him an outstanding choice to lead the American Council on Education, which will undoubtedly continue to be at the forefront of critical national conversations on postsecondary education,” King said in a statement to Diverse.

“As Undersecretary at the U.S. Department of Education, Ted worked to foster innovation; strengthen accountability; and provide every student with the opportunity to earn an affordable, high-quality degree or credential that offers a clear path to economic security and success,” King said.

King said in overseeing the Department’s First in the World program, Mitchell also “helped provide the field with a deeper understanding of research-backed practices that can accelerate and improve college access, affordability, and outcomes.

Observers say Mitchell — who helped oversee the development and implementation of The College Scorecard during the second term of President Barack Obama — not only brings a diverse set of skills to the position but strikes the right balance between the broad purpose of education for education’s sake versus education for employment.

“He is somebody who understands that both, the combination of the two, is the ideal form of education,” said Dr. Anthony Carnevale, director of the Georgetown University Center on Education & the Workforce, who has worked with Mitchell on various projects in recent years.

“It’s not either-or but it should be both,” Carnevale said. “He understands this balance issue and the fact that there’s more than one mission and it’s not one-size-fits-all.

“You can have certificate programs and degrees in philosophy,” Carnevale said.

Indeed, in an approximately 18-minute phone interview Wednesday with Diverse, Mitchell lamented that too often discussions on the purpose of higher education revolve around a false dichotomy.

“As a liberal arts college president and sort of a liberal arts guy, I guess in the end I don’t see the kind of mutually exclusive categories that too often we’re driven to — education for a job or education for life,” said Mitchell, who served as president of Occidental College in California from 1999 through 2005.

Mitchell has also served as vice chancellor and dean of the School of Education and Information Studies at the University of California, Los Angeles, and as professor and chair of the Department of Education at Dartmouth College. He is a former member of the board of trustees at Stanford University.

Mitchell said based on recent experiences in the field he has heard from employers who are looking for “intellectual flexibility that can really help new employees not just have a job but develop a career.”

“On the one had we have the Georgetown statistic that says about 60 percent of new jobs that will be created will require a higher education degree or certificate,” Mitchell said, referring to an oft-cited report by Carnevale’s center that projects jobs and education requirements through 2018.

“And then employers themselves are saying we want people who can not only do a job but can retrain and retool for the next job,” Mitchell continued. “So in the end I think that, sure, there are very specific training programs that are appropriate for people that want to get a specific start, but I don’t think that there is this mutually exclusive category of categories of education for jobs and education for life.”

Mitchell takes the helm of the American Council on Education — or ACE — during a crucial time for higher education as the administration of President Donald J. Trump seeks to redefine the federal government’s role and its relationship with America’s colleges and universities.

More specifically, it comes at a time when the Trump administration has taken action to delay a series of Obama-era regulations, such as the gainful employment and borrower defense rules. The former sought to hold for-profit colleges and certificate programs accountable for students who leave their programs with heavy debt and insufficient income to pay it off. The latter sought to enable students to get their loans discharged when an institution they attended acted fraudulently or otherwise violated the law.

Mitchell declined to articulate a specific position for ACE — the nation’s leading advocacy group for the nation’s colleges and universities — on gainful employment and borrower defense. At the same time, unlike his former boss — former U.S. Secretary of Education John B. King, Jr., Mitchell did not strike a critical tone regarding the Trump administration’s efforts to roll back regulatory initiatives put in place during Mitchell’s time at the Education Department.

King, who now serves as president of The Education Trust, an organization that advocates for educational equity for low-income students and students of color, said the Trump administration has launched an “assault” on the American dream through its proposed cuts to education.

Asked if there was anything the Trump administration was doing that concerned him, Mitchell said: “I think that the administration is still getting its legs under it and I know that ACE hopes to be helpful to the current administration as they make their way through really complicated issues at hand.”

“I think that we’ll do our best to work together to create positive outcomes for students,” Mitchell said. “I think ACE has been on record in the past and will continue to support efforts to protect students and provide opportunities for borrower relief when it’s appropriate.

“How best to do that is always a matter of some nuance,” Mitchell added.

As the Department of Education under President Trump embarks upon “negotiated rule-making” to reconsider or redo the gainful employment and borrower defense rules, Mitchell spoke in a way that shows he anticipates a bumpy ride but that stakeholders will nevertheless focus on the destination.

“The process of negotiated rule-making is always contentious. It’s never really a straight line and so the administration will open that up and I expect that institutions and associations and ACE will play a role in that process,” Mitchell said. “Our goal, again, will be as it has always been: to protect students against predatory practices, to provide relief to students when predatory practices have been proven and importantly to do it in an expeditious way.

“These are among the most vulnerable students and they can’t be left hanging,” Mitchell said. “The process and procedures need to be fair. They need to be effective and they need to be swift.”

Mitchell is set to assume the presidency at ACE effective September 1. He had been working as a consultant for ACE since he left his government post.

If the recent past is immediate prologue, this fall campuses throughout the nation will undoubtedly find themselves in the headlines for reasons including campus climate issues, protests and conflicts over free speech versus hate speech.

“I think about this as a former college president, as a faculty member, a dean, and so I think that for me, I got into this business because of my deeply rooted belief that higher education has to serve traditionally underserved populations. That’s one thing I’ve organized my career around,” Mitchell said. “To do that you need to have a diverse faculty and you need to have a campus environment that supports a variety of different points of view.

Mitchell noted that one of the organization’s early focus populations was service members returning from World War I, and how ACE was “all about [bringing] different people into the academy” and making room for service members on campus “well before there was a GI Bill.”

“I think this is an issue that is in ACE’s DNA, my DNA, and I know it’s one of the things I’ll be working hardest with our member institutions and associations to focus on,” Mitchell said.

Carnevale commended Mitchell, King and other Education Department officials from the Obama administration for staying “in the game” instead of going off to the beach or to enjoy a more quiet life.

“It is a loyal opposition to this administration, which is to say you work with them when you can, although I don’t see many opportunities for that, and you don’t when you can’t,” Carnevale said.

Carnevale said there is “too much of a divide” between Mitchell and current US Secretary of Education Betsy DeVos — who has been spearheading a series of efforts to rollback Obama era regulations in higher education — for them to ever be “staunch allies.”

“That doesn’t mean they can’t work together,” Carnevale said.

Asked if he was motivated by the need to complete any “unfinished business,” Mitchell cited a Winston Churchill quote: “If you find a job you love, you’ll never work again.”