A first-of-its kind report on enrollment and completion outcomes for students of color at minority serving institutions (MSIs) reveals a number of disparities between what is actually taking place and what is being reported in graduation rates by the federal government.

The Center for Policy Research and Strategy (CPRS) at the American Council on Education has released a paper titled “Pulling Back the Curtain: Enrollment and Outcomes at Minority Serving Institutions,” which provides in-depth analysis of data that was acquired through the National Student Clearinghouse (NSC), according to Dr. Jonathan Turk, a senior policy research analyst for CPRS. 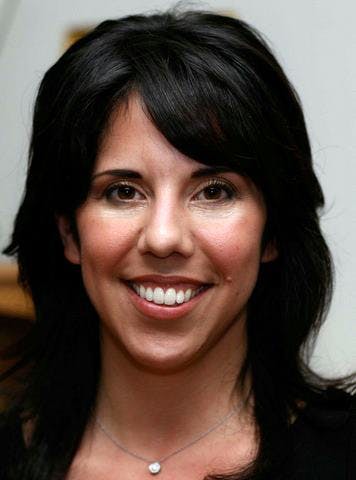 Dr. Lorelle Espinosa is the author of a new report that focuses on enrollment and completion outcomes for students of color at minority serving institutions (MSIs

The Clearinghouse is a non-profit organization to which colleges and universities across the country voluntarily submit enrollment and completion data about their students. Although the National Student Clearinghouse collects data annually from institutions on student enrollment and completion, the study on minority serving institutions is the first time such data has been published, according to ACE.

The paper followed how students who began college in 2007 at historically Black colleges and universities, predominantly Black institutions (PBIs), Hispanic serving institutions (HSIs), and Asian American and Native American Pacific Islander serving Institutions (AANAPISi) navigated through higher education.
Students who enrolled in that year were the most recent cohort to follow over a four, six and eight year period.

“We keep in mind that these are some of the country’s most under-resourced institutions that also enroll a substantial share of low income and first-generation to college students,” said Dr. Lorelle Espinosa, assistant vice president for ACE’s Center for Policy Research and Strategy.

Espinosa is also the paper’s lead author and said that it is important for data that provides a “complete story of student outcomes at MSIs,” be shared widely.

By sharing the information, ACE officials said that they hope to draw attention to the need for higher education communities to have a better understanding of the nuances in collecting and reporting on student outcome data.

“We’re just really trying to show a more complete picture of enrollment persistence and completion at MSIs, while at the same time, calling attention to the use of data in an environment that is very much focused on accountability,” Espinosa said.

“These are institutions that are really moving mountains for the students that attend and their families. They’ve been doing so for decades, and in the case of HBCUs, much longer. So, our purpose is to look at a sector that is serving a growing number of students from diverse backgrounds.”