In a 2016 video titled “An Affordable Path for All,” La Salle University president Dr. Colleen Hanycz made claim that many have voiced but few might have anticipated coming from a school administrator.

“In this country, tuition is broken,” Hanycz said. “A college education is becoming less accessible now than it was even 20 years ago.” 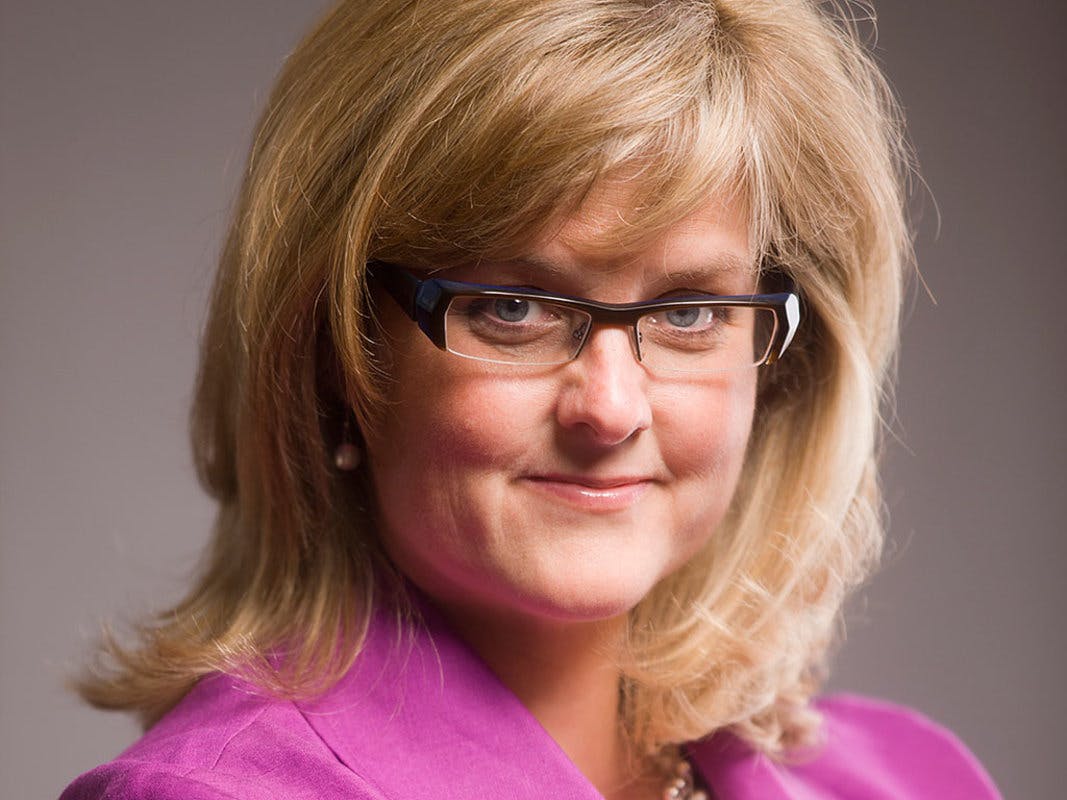 Dr. Colleen Hanycz is the president of LaSalle University in Philadelphia.

“We’ve gotten to a place where we’ve made higher education unaffordable for low and lower-middle class students,” said David Bergeron, senior fellow for postsecondary education at the Center for American Progress.

There is a growing recognition among a number of institutions that the current model of escalating costs is unsustainable. Students have begun to balk at prices, and some schools have found it harder to attract students as a result.

While the rate of tuition growth has slowed overall, a handful of schools are taking it a step further by “resetting” their tuition prices, cutting their price by upwards of 40 percent. La Salle is one of about a dozen who have pursued a tuition reset in an effort to streamline tuition costs in recent years.

As tuitions have gone up, schools have had to heavily discount their published, or “sticker” price to keep enrollments steady. The discrepancy between the discounted and sticker price is significant: the National Association of College and University Business Officers (NACUBO) found that the discount rate was 44.2 percent in 2016 across private nonprofit institutions.

While discounting can benefit students in the form of student aid and scholarships, many families may not understand all the nuances of higher education pricing models, according to Tom Delahunt, vice president of enrollment services at La Salle. They may either be turned off by the sticker price and not apply in the first place, or be lured in by the promise of a scholarship that still leaves them paying more than they might have at a different school.

“It’s gotten so messy with the scholarships and the discounting that goes on that it’s hard for people to fully understand what the cost of education is really,” Delahunt said.

La Salle’s tuition reset represents an attempt to make college costs less opaque, according to Delahunt. The school reduced tuition prices from $40,400 to $28,800 for 2017-2018. While tuition costs may increase in the future, they will move up from that baseline $28,800 going forward. A tuition reset does not necessarily mean a cost reduction for students, but rather eliminates the complicated equation of discounting, making it more transparent up front what schools expect students to pay.

“I think we’ve made it clear to students what our costs are and what they can expect,” Delahunt said. “I think it’s a step in the right direction.”

The institution approached its tuition reset carefully, laying the groundwork over several years after realizing in 2015 that high prices were one of the factors leading to lower retention rates than the school would have liked to see.

“There’s always a laundry list of why students leave, but finances are always high up the list,” Delahunt said. “We realized that maybe our price point has gotten us out of whack with reality for our students and our families.”

Tuition had been creeping up at a 3 to 4 percent increase for decades, so La Salle first froze tuition for 2016-2017. “That was just to put the brakes on and say you can’t just do business as usual,” Delahunt said. In fall 2016, the school announced the tuition reset and initiated a rebranding campaign to get the word out to prospective students and their families.

With the tuition reset came a sudden flurry of student attention. La Salle had an 18 percent increase in freshmen applications for fall 2017, and had 974 deposits as of Wednesday. In the past two years, La Salle had between 700 and 800 new freshmen annually.

“We were looking to increase our class size, but this is quite an increase for us,” Delahunt said.

Utica College in upstate New York pursued a similarly deliberate path as it moved to a tuition reset. Only 1 percent of Utica students were paying the full amount prior to the reset, according to Dr. Jeffery Gates, Utica’s senior vice president for student life and enrollment management, so a tuition reset only made logical sense to bring costs in line with what students were actually paying.

“First and foremost we truly understood the pressures that our families were facing,” Gates said. “Not only for our current students but prospective students who wanted a small private college experience but felt that it was way out of their reach.”

A preliminary rebranding campaign in 2014-2015 likely contributed to a jump in enrollment the following year, Gates said. Utica enrolled 471 new freshmen in fall 2104, and 645 in the fall of 2015. By the time the tuition reset came into effect in 2016-2017, the school had exceeded its enrollment targets. Currently, it is on track in terms of enrollment goals going into fall 2017.

The announcement of New York’s Excelsior Scholarship in April, which aims to make college more affordable or free for state residents, did slow down enrollment activity at Utica in the spring, Gates acknowledged. Yet some of the students who were originally interested in Excelsior came to realize that it would still be more cost-effective to attend Utica .

Gates said that other institutions have at least voiced interest in pursuing a similar tuition reset. Since Utica announced the tuition reset plan in 2015, approximately 20 schools across the country have reached out to inquire about Utica’s process.

He cautioned that a tuition reset may not be the right move for all institutions, and should not be relied upon as a tool to drive up enrollment. “This isn’t something that’s going to work for a lot of institutions,” Gates said, adding that Utica approached its tuition reset from a position of strength after fifteen years of expansion and enrollment growth.

“This for us was not meant to fuel our overall enrollment, it was meant to right-size our costs for the families we serve,” Gates said.

Like Hanycz, Rosemont College president Dr. Sharon Latchaw Hirsch described the model of colleges discounting ever higher sticker prices as inherently “broken.” Rosemont began to reevaluate the cost of its tuition in 2014, Hirsch said, concerned by a number of studies that suggested that many students were deterred by high sticker prices and were not applying to the private Philadelphia school .

Hirsch said that the current model of escalating costs and discounts was unsustainable, referring to a 2013 NACUBO study that found that at one-third of institutions, net tuition revenue had either been flat or actually declined despite rising sticker prices.

“For me that was the ultimate proof that this was no longer going to work,” Hirsch said.

“It wasn’t just for our sake, it was for all of the families who are getting more and more confused and more and more feeling like they didn’t have choices that we knew they did,” Hirsch said.