Upcoming Conference to Focus on Crisis in Education

“The Crisis in Black Education” will be addressed by some of the nation’s leading Black scholars and activists later this month at the annual conference of the Association for the Study of African American Life and History (ASALH).

The organization’s 102nd Annual Meeting and Conference, to be held in Cincinnati, Ohio, Sept. 27 to Oct. 1, will focus on the crucial role of education for African Americans throughout history and the “centuries-old efforts of resistance to this crisis,” according to an executive summary for the event. 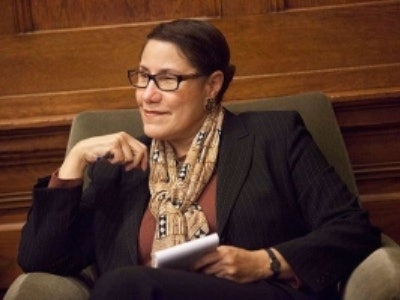 Dr. Evelyn Brooks Higginbotham is the president of ASALH.

“I hope that people come away from this conference knowing how important education is today and that we have to do everything we can to ensure that we educate the masses of our people,” Dr. Evelyn Brooks Higginbotham, the association’s national president, told Diverse in a recent interview.

The prominent historian said that the crisis in Black education began when African Americans arrived in the country as slaves at a time when it was unlawful for slaves to learn to read and write. She said the results lasted into the current era and have been “a crisis for a long time.”

ASALH’s response is to present and share the wealth of knowledge and extensive history that focuses on the perseverance of African Americans in confronting today’s education barriers.

According to the executive summary, the historical resistance has occurred through the “slaves’ surreptitious endeavors to learn; the rise of Black colleges and universities after the Civil War; unrelenting battles in the courts; the Black history movement; the freedom schools of the 1960s; and local community-based academic and mentorship programs that inspire a love of learning and thirst for achievement.”

Higginbotham said that the role of ASALH is to bring this message to both academicians and those outside of the academy who have an appreciation for Black history.

Conference-goers can expect to hear from prominent scholars, experts, filmmakers and advocacy groups presenting on past and current efforts in the fight for education in Black communities.

Two bus tours will provide attendees with the opportunity to learn about the city of Cincinnati’s African-American history, by visiting sites such as the National Underground Railroad Freedom Center, where the Black History Bulletin’s 80th Anniversary reception will take place.

The widely-anticipated anniversary reception for the Black History Bulletin is sentimental to Higginbotham, who grew up watching her father, Dr. Albert Neal Dow Brooks, edit the bulletin during 1950s and early 1960s. The bulletin, now edited by Dr. Alicia Moore and Dr. LaVonne Neal, is distributed to teachers and the larger public to enhance teaching and learning in the area of history regarding African Americans, the peoples of Africa and the African Diaspora generally.

The three plenary sessions examine national and local issues: “The Crisis in Black Education,” “Black Cincinnati: Progress or Retreat” and “Black Women and the Politics of Respectability.” Organizations throughout the city such as the Urban League, The Links, Inc. and Advocates for Youth Education will discuss the different efforts made to ensure access to education at the local and national level.

Higginbotham will participate in the latter plenary session alongside Dr. Keeanga-Yamahtta Taylor, a Princeton University professor who received death threats and backlash for criticizing President Trump in a commencement speech at Hampshire College.

In addition to teacher workshops and sessions, Higginbotham adds that Judge Nathaniel Jones, a recipient of the NAACP’s highest medal — the Spingarn Medal — will discuss his autobiography Answering the Call. Scholar and expert David Singleton will appear on the “Schools, Incarceration, and Social Justice” panel focused on the school to prison pipeline.

The Carter G. Woodson Luncheon on Friday, Sept. 29 will feature award-winning filmmaker Stanley Nelson in conversation with author Michelle Duster, chair of the Film Festival Committee since 2015 and the great-granddaughter of activist and journalist Ida B. Wells. Nelson’s film “Tell Them We Are Rising: The Story of Black Colleges and Universities,” will be shown during the film festival.

And on Saturday, historian and social critic Dr. Jelani Cobb will speak at the Blassingame Luncheon and Marian Wright Edelman, president and founder of the Children’s Defense Fund, is slated to speak at the ASALH Annual Banquet later that evening.

The conference’s free film festival also features documentaries including “Voices of Muslim Women From the U.S. South,” “Beyond the Bricks: A New Era of Education,” “John Lewis: Get in the Way” and “Freedom Summer” among other titles. All 16 films will be followed by a 30-minute discussion led by a scholar or filmmaker.

Higginbotham, who is the Victor S. Thomas Professor of History and of African and African American Studies at Harvard University, said that ASALH and its branches around the country are needed today more than ever to help “get history right” in order to understand the contributions of African Americans to the United States.

“We worked to disprove the lies that the Negro has no history or none worthy of respect,” Higginbotham said, recounting words of her father, who served for many years as the secretary-treasurer of the association. “That was his motto. . . ‘We as an organization, can get those messages out better than anybody else can,’ and we’re still in the business of doing that after 102 years.”

Founded in 1915 by Dr. Carter G. Woodson and Jesse E. Moorland, the association worked to establish the celebration of the works and achievements of African Americans. The founders created Negro History Week in 1926 to correspond with the birthdays of Frederick Douglass and Abraham Lincoln. The week was later extended to Black History Month when the United States officially recognized Black History Month during the country’s bicentennial in 1976.

Woodson’s understanding of the implications associated with the denial of access to knowledge, and his opposition to imposed racial barriers to equal and adequate education, serve as a foundation for the upcoming conference.

Woodson wrote: “If you teach the Negro that he has accomplished as much good as any other race he will aspire to equality and justice without regard to race.”

The ASALH conference hopes to amplify Woodson’s message while also addressing issues such as schools’ lack of resources, the widening racial achievement gap and “policies that fail to deliver substantive opportunities” for Black students, the conference summary reads.

“The most important thing that people should come away from this conference with, is what should we be doing now to ensure, in this era of Donald Trump and Betsy DeVos, that African Americans are educated to become informed citizens?” Higginbotham said.

“You don’t get victories immediately,” she noted. “You keep on. That’s what our history teaches us.”