WASHINGTON— Identifying and replicating practices and policies that lead to improved rates of attaining college degrees among underrepresented groups in higher education generated frank discussion at a forum Wednesday in Washington, D.C. titled “Why the Nation Needs to Do College Attainment Better.” 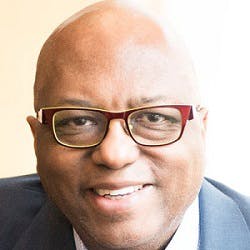 Hosted by Educational Testing Service, the American Council on Education and Diverse: Issues In Higher Education, the forum brought together education leaders and policymakers who insisted that postsecondary educational institutions, states and the federal government have a responsibility to create and invest in tailored efforts to help vulnerable, underrepresented student groups persist and attain college degrees or related credentials at higher rates.

“We know that college completion lags, and it lags in a non-random fashion,” said ACE President Dr. Ted Mitchell. Calling the problem of inequity in degree attainment rates for African-Americans, Hispanics, American Indian, Alaskan Native and other underserved groups a “devastating one,” he spoke of a “need to redouble our efforts” in numerical and moral goals.

Research by Dr. Michael T. Nettles, senior vice president and Edmund W. Gordon Chair of the Policy Evaluation and Research Center at ETS, indicates that the specified subgroups will not reach the federal or Lumina Foundation benchmarks for college degree attainment by 2060, the furthest projections for data from the U.S. Census Bureau.

“This is just not acceptable to think that we’re going to be having these goals, and these population groups not achieve them by 2060,” Nettles said.

In a presentation before the forum’s panel which was moderated by Diverse executive editor Dr. Jamal Eric Watson, Nettles gave a synopsis of the findings in his ETS report “Challenges and Opportunities in Achieving the National Postsecondary Degree Attainment Goals.”

An agenda to accelerate the degree attainment progress for underrepresented and underserved students included focusing on college “stop-outs” and increasing college enrollment of recent high school graduates. Further efforts involve raising preparation to match high expectations of K-12 students and finding ways to invest in colleges and universities – such as minority serving institutions (MSIs) – that are preparing underrepresented populations for the workforce.

“Acknowledging the problem is the first step to solving it,” said Dr. John B. King, president and CEO of The Education Trust and the former U.S. Secretary of Education during the Obama administration. He spoke of the necessity for honest and nuanced conversations about the specific needs for certain racial and ethnic groups of students.

“We usually give students that need the most the least,” he added.

Dr. Danette Howard, chief strategy officer and senior vice president at the Lumina Foundation, said that “many, many more people need to understand who today’s students are” in order to achieve the goals of degree attainment equity across student groups.

She encouraged higher education institutions to create a sustainable model that reinforces a campus-wide commitment to diversity and equity – one that will transcend administrative turnovers at an institution.

Panelists emphasized that institutions also need to “broaden the idea” of where students can be found by taking into account the experiences of students coming in with nontraditional paths to higher education, such as individuals with military experience, “considerable” on-the-job training and experiential learning.

For students of color and low-income students particularly, McGuire said, educators and policymakers cannot “underestimate the impact of poverty” on students’ ability to succeed and attain a degree.

She added that students drop out due to factors such as competing family responsibilities, a lack of supportive resources and discouragement. There is also a “huge disconnect” between what students want to do and the programs they are placed in or the requirements they take while pursuing their aspirations, she said.

Dual-enrollment programs for high school students – a strategy cited by panelists – can help offset the cost of higher education and reduce the time to degree.

However, funding is only one contributor to student dropout rates, Nettles said, suggesting that leaders think of ways to reform federal student financial aid at the collegiate level beyond efforts to increase Pell grant aid.

Such funding reforms should bring students to the table and include conversations on costs of housing, food resources, books and other institutional fees, McGuire said.

Howard added that postsecondary systems need to be sure that their student success goals and fiscal goals do not “unintentionally work in cross-purposes.” Her point highlighted a practice institutions can implement to eliminate bureaucratic barriers to degree attainment such as a library fine for a lower-income student.

Panelists also considered questions about how to get states and the federal government to support institutional efforts around improving outcomes for underrepresented student groups.

“There is no substitute for state and federal investment,” King said, especially for MSIs and other institutions that do not have financial resources similar to larger, predominantly White institutions. “We need to build a political will for investment.”

Education stakeholders must also think about a “top to bottom” approach to creating unanimity across institutions in order to create solutions for student success for all, Nettles said. “We can’t just ask for it, we have to insist on it.”