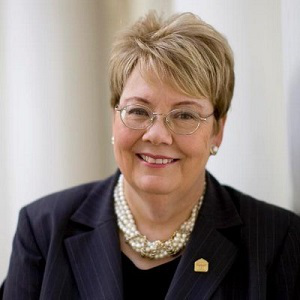 During her eight-year tenure leading the University of Virginia, Dr. Teresa A. Sullivan faced a slew of headline-grabbing crises, any one of which could have torpedoed a college presidency.

In summer 2012, she agreed to resign under quiet pressure from the Board of Visitors, setting off a political firestorm across the historic campus in Charlottesville. But within three weeks, following outcry from students and faculty, the board reinstated her.

Two years later, a trio of high-profile controversies repeatedly catapulted UVA back into the national spotlight: a second-year student was found murdered following her disappearance; a Black student was bloodied by state alcohol agents who arrested him in an off-campus incident; and Rolling Stone published a story about a fraternity gang-rape on campus – a report later discredited and retracted.

UVA found itself in the spotlight of international media coverage again last August, when rallying White nationalists and counter-protesters violently clashed in the college town. An angry motorist plowed into a crowd of counter-protesters, injuring 19 people and killing a 32-year-old woman.

Through it all, Sullivan, the school’s eighth president and first woman to hold the position, seemed indefatigable and focused, some observers say. And she did more than survive the challenges of grappling with safety, cost, diversity and other thorny issues confronting higher education. As she hands the reins over to Dr. James E. Ryan, who starts Aug. 1, she leaves behind a legacy of advancement and accomplishment.

“Certainly, she led UVA through some really turbulent moments,” says Peter F. Lake, the Charles A. Dana chair and director of the Center for Excellence in Higher Education Law and Policy at Stetson University.

“Her presidency was really cutting-edge, almost as if it will be a case study about how to interact with all of the relevant issues in higher education today,” observes Lake. “She was at ground zero for numerous hot-button issues that one alone could sink a presidency. Her name will become a common discussion point around issues and how they are addressed on college campuses. Her path is the new leadership model in higher education. I’m just impressed with her fortitude.”

Since taking office Aug. 1, 2010, Sullivan has dealt with the routine challenges that face college presidents, not just the high-profile drama, while incrementally moving the historic school forward on a number of fronts. The Cornerstone Plan, for example, was the result of a new strategic planning endeavor that she kicked off in 2012, an effort that also ushered in a new minor in entrepreneurship, a new major in global studies and an endowed Data Science Institute.

Sullivan also presided over creation of the Meriwether Lewis Institute for Citizen Leadership and updates and enhancements to academic advising, financial aid, faculty compensation and the school’s general financial model. After UVA successfully capped a $3-billion capital campaign in 2013 – believed to be the most ambitious in the history of public higher education in the United States – Sullivan shifted the focus to raising money for need-based scholarships, faculty recruitment and retention and restoring UVA’s Jeffersonian Grounds.

Sullivan also was intentional about staying on the technological cutting edge, growing the university’s Applied Research Institute with new partners and revitalizing the Licensing and Ventures Group, which helps students, faculty and staff improve and protect their intellectual property.

Additionally, Sullivan led planning of the school’s 200th anniversary by establishing the Bicentennial Commission. Although the anniversary is not until 2019, two years of events have been planned that kicked off in October 2017. One component is the President’s Commission on Slavery and the University, which researches and shares the university’s relationship with slavery. Thomas Jefferson, the nation’s third president, founded UVA and was a slaveholder who after his wife’s death fathered six children with one of his slaves, Sally Hemings.

More recently, Sullivan established the Commission on the University in the Age of Segregation and a partnership between UVA and INOVA to improve health care research and delivery nationally.

Incoming president Ryan, a UVA law school faculty colleague with Sullivan’s husband Doug Laycock, says her leadership and impact are a boon as he prepares to take the helm.

“As a faculty member at the university during the beginning of Terry’s tenure, I was impressed by her ability to so quickly immerse herself in the university’s culture and traditions, and to become such an integral part of the university community,” says Ryan.

He ticks off a short list of her “myriad” accomplishments: re-engineering the budget process, completing the capital campaign, renewing the faculty, increasing enrollment and the diversity of the undergraduate population, spearheading the renovation of the Rotunda “as a welcoming place for students, and her extraordinary commitment to telling the university’s story of slavery.”

“I feel both awe and gratefulness,” he says. “She has been a good steward of the university and is leaving it in a position of strength.”

Sullivan, who at the time of her hiring had said she would serve eight to 10 years, announced in January 2017 that she would step down at the end of her contract this summer. Her early announcement gave ample time for UVA to search for her successor, Ryan, who she has included in making important long-term choices since his selection last September.

“I am grateful for how she brought me into the fold on several key decisions so early in the transition,” says Ryan. “The hiring of Carla Williams as our new athletic director and launching of executive vice presidential searches for the provost and the COO will be critical to my own success.”

As Sullivan departs, she leaves one of the nation’s largest and most prestigious public universities with a student body that is more broadly diverse than ever. They hail from 49 states and more than 120 countries, with an undergraduate population that is 54 percent women and 35 percent minority.

Sullivan’s impact extends well beyond the UVA campus. As a scholar respected for her expertise in labor force demographics and whose latest research explores measuring productivity in higher education, she has written scores of articles and a half-dozen books. Her numerous appointed and elected leadership positions include chair of the Council of Presidents for the Association of Governing Boards of Universities and Colleges and chair of the Council of Presidents of the Association of Public and Land-grant Universities. She also was a fellow of the American Academy of Arts & Sciences and of the American Association for the Advancement of Science, a member of the executive committees of the Virginia Business Higher Education Council and the Business Higher Education Forum, and in 2013 was appointed to Virginia’s Innovation and Entrepreneurship Investment Authority.

In keeping with the tradition of outgoing presidents, Sullivan gave commencement addresses at two UVA graduation events in May. In introducing her at the College and Graduate School of Arts & Sciences commencement, Rector Frank M. “Rusty” Conner III reflected on the legacy she leaves.

“She has patiently gone about her work as one would to make a quilt – stitch by stitch, panel by panel without the full impact of her effort being realized until her work’s completion,” he said. “In looking back, the overall effort is cohesive, elegant and impressive. In nearly every respect, this university has enjoyed significant improvements, and we now have the foundation to achieve in our third century our full potential.”

Sullivan will go on a research leave in Austin, Texas, where she and her husband are moving and where their two adult sons live  When they return, she will teach full time at UVA as a university professor.

The new role will position her even closer to one of her greatest passions – the students. As she addressed graduates and their well-wishers for the final time as president, she shared wisdom fortified by experience.

“We expect you to solve the difficult problems that have confounded us in our time; to find the disease cures that have eluded us; to develop solutions to wicked environmental problems; to seek reason and cooperation in our nation’s public discourse, without stifling dissent and disagreement; to seek justice without forgetting mercy.”

This article appeared in the June 28 issue of Diverse magazine. It is one in a series of articles about retiring college presidents that will run over the next week.