Importance of Counselors Made Clear in College Admission Report

The latest report from the National Association for College Admission Counseling (NACAC) details the various factors considered when colleges and universities build their freshmen classes.

Grades, high school curriculum and test scores are the top factors in admission decisions according to the State of College Admission report issued last week by NACAC.

Now in its 15th year, the report continues to spotlight the importance of academic performance in the admission process, but notes that other factors are also relevant as admissions committees select graduating high school students to attend their institutions. 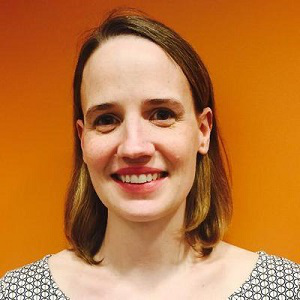 While the surveys don’t specifically indicate issues of racial or ethnic bias, Melissa E. Clinedinst, NACAC associate director of research and lead researcher on the report, noted that when examining factors in admission decisions, the high school that an applicant attends can be a factor and access to courses is considered.

“Some schools may offer more AP courses or an IB program or just have more opportunities for students to take rigorous coursework,” said Clinedinst. “One way that colleges would take that into account is to look at not just what the students took, but what was available to them,” she added.

Colleges, she said, are experimenting with holistic admission processes outside of simply evaluating the GPA or standardized test scores. “Even though those factors are very important, they look for other ways to identify talent because they want a diverse student body.”

“Another way that a student could address that issue in terms of access is through the essay or personal statement,” Clinedinst said. “That would give an opportunity for students to talk about what’s available to them and responsibilities that might have interfered with their abilities to participate. That’s really a chance for students talk about their lives and who they are and give context to their application. That’s something that colleges consider as well.”

According to the report, the volume of college applications continues to grow. Early decision and early action activity showed an increase, while the international student acceptance rate remained relatively low.

“We know from other studies that access to school counselors really makes a difference in terms of students’ likelihood of enrolling in college,” said Clinedinst. “One thing that we always talk about is the student-to-counselor ratios or student caseloads for counselors being way too high in certain types of schools. They’re much higher in publics than privates.”

Clinedinst said one of the big takeaways from the report is for students, counselors and parents to know the importance of grades in the admissions process, but also that students are assessed holistically.

“In terms of policy makers reading the report, we would want them to notice the issue with the school counselor ratios and how problematic they are for the student perspective,” Clinedinst said, adding that if  a transfer student doesn’t have the best grades or test scores in high school, all is not lost.

“If you look at the factors for transfer students, high school performance drops a lot in importance,” she said. “What rises to the top is the grades in the previous college and the courses that you’ve taken in college.”