Administrators at the University of Louisville (UofL), following a period of leadership turmoil, are increasing diversity efforts in response to a campus climate survey that revealed faculty and staff concerns about inclusion and equity.

The Campus Climate and Diversity Survey for Faculty and Staff, conducted in fall 2017, was the latest biennial poll to measure various aspects of employees’ perceptions about the university. 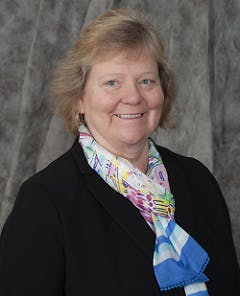 Among the quantitative study’s findings:

· When considering the school, college, or vice president/provost unit in which they work, nearly 18 percent disagreed or strongly disagreed that people within that area are treated equally regardless of race or ethnicity; nearly 69 percent agreed or strongly agreed.

· Also within their work areas, 54 percent agreed or strongly agreed that their area has created a climate for open discussions and dialogue about issues related to diversity without fear of retaliation; 19 percent disagreed or strongly disagreed.

The survey was disseminated to all 6,919 faculty and staff and was completed by 1,903 for a response rate of 27.5 percent. Three in four respondents self-identified as White, just over 9 percent as Black or African-American, 2.8 percent as Asian and about 1.7 percent as Hispanic or Latino.

The survey was the first after controversy surrounding removal in 2016 of a monument to Confederate soldiers from the university’s Belknap campus. The statue was in place prior to its location becoming enveloped by the UofL campus.

That year, a new board of trustees accepted the resignation of president Dr. James R. Ramsey after the state’s governor fired the entire previous board. Ramsey’s 14-year tenure was marked by a series of scandals, including a Halloween party at the president’s mansion in 2015 where he and staff dressed stereotypically as Mexicans.

India-born Dr. Neeli Bendapudi eventually was appointed to replace Ramsey and took office last May. Within two months, she was addressing another racial crisis.

In July, she announced that Papa John’s Pizza founder John Schnatter’s name would be removed from the university’s football stadium after Schnatter admitted that he had said in a conference call two months earlier that Colonel Sanders of Kentucky Fried Chicken fame had not faced public backlash for calling Black people “niggers.” 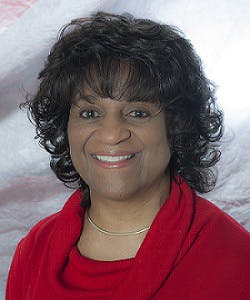 A leadership development program for faculty of color is one of several initiatives in a comprehensive action plan stemming from focus group interviews that followed the study, according to Dr. Beth Boehm, provost and executive vice president, and Dr. Mordean Taylor-Archer, vice provost for diversity and international affairs.

“A number of things” related to leadership training and promotion were part of an update given to the campus community in late November, Taylor-Archer said. She added that a list of prioritized recommendations and an updated action plan will be submitted to Boehm and Bendapudi before the holiday break begins later this month.

“I think people want immediate gratification, but at the same time I have to say people are really excited about the new president and the new provost,” said Taylor-Archer, noting an increase of women in key leadership roles in university administration. “I think there is a degree of patience that is there because we are wanting to give them a chance to make the changes that are needed. The president and provost have made it clear that they want to move as quickly as we can move and get things to them.”

Boehm, a former dean who became interim provost during the summer, said she charged Taylor-Archer and Tracy Eelis, vice provost for faculty affairs, with submitting final recommendations next spring for implementation in fall 2019. She said she initiated leadership development for people of color before becoming aware of the survey’s findings.

Boehm and Taylor-Archer, the first women in their respective roles at the university, said the institution has been on an upward trajectory in terms of faculty of color in spite of a blip on the screen that saw 12 African-Americans among 40 faculty who left last academic year.

Based in Kentucky’s largest city, UofL by some measures is the most diverse state-supported schools in the commonwealth, Taylor-Archer noted. She pointed to a tie-for-top-three ranking by the Race and Equity Center at the University of Southern California for support of Black students and high rankings by two national organizations in terms of campus friendliness to LGBTQ students.

The recent faculty losses came in the midst of leadership and budget crises, Boehm said.

“All of us are concerned about the drop,” said Taylor-Archer. “It’s of note, and we’re concerned and trying to find out the reasons why.”

Diverse contacted four minority faculty about campus climate issues. One declined to comment and the other three did not reply.

The 12 recent minority departures left the current faculty universitywide – including the medical and law schools – with 141 faculty of color, about 6.5 percent, Boehm said.

“We will continue to recruit a diverse faculty and a diverse workforce,” said Boehm. “Nobody in this day and age is doing this perfectly. We are trying to do better.”