As the shutdown began Dec. 22 and entered its 13th day Thursday, Dr. Anthony L. Jenkins wasn’t sweating. The university had deployed a strategy to meet its contractual commitment and get through January without a problem. 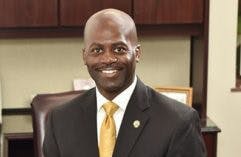 “But if we move into February and this thing is still shut down,” Jenkins warned, “it’s going to be problematic for us – and problematic from a payroll standpoint.”

WVSU is one on many schools across the nation where administrators, faculty and students involved in research are hoping that the shutdown doesn’t drag on with the increased potential to harm researchers and their projects funded by affected agencies such as the USDA, National Science Foundation (NSF), National Endowment for the Humanities (NEH), National Aeronautics and Space Administration (NASA) and the National Oceanic and Atmospheric Administration (NOAA).

All of those agencies – whose day-to-day activities have come to a halt, including disbursing grant checks – are funded by appropriations bills that have not been passed by the House of Representatives and the Senate to be signed by President Trump. The primary point of contention is funding demanded by Trump for border security, and he insists that he will not sign legislation that does not contain adequate funding for improvements that include a wall.

The University of California system is among several large research institutions across the nation that have called on the legislative and executive branches to quickly reach a budget agreement that will reopen agencies that have been shut down by the political impasse.

“Many of the agencies affected by this shutdown provide critical funding for important research underway by our students, faculty and staff across the university system,” UC spokesperson Kimberly Hale told Diverse. 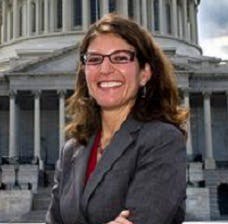 She praised recent legislative actions that provided “strong investments for federal financial aid programs,” including an increase in Pell grant funding that is not affected by the shutdown.

“However,” Hale added, “as a key partner with UC in pursuit of scientific and technological breakthroughs that keep our state and the nation at the forefront of innovation, we urge Congress and the administration to immediately fund the National Science Foundation, NASA, the U.S. Department of Agriculture and the other agencies that have been affected by this shutdown.”

Speaking on behalf of the University of Kentucky, spokesman Jay Blanton told Diverse that UK’s budget and federal relations offices “have been continuously monitoring potential issues with respect to the partial government shutdown. At this time, we continue to believe the partial shutdown will create minimal disruptions for institutions like UK. Funding for many of the most important agencies relative to higher education were signed into law last year, including most significantly student financial aid programs and the National Institutes of Health, the single largest funder of research grants and contracts at UK. We will continue, however, to closely monitor areas where the shutdown could pose delays in funding and take the appropriate steps to minimize disruption to operations.”

The Association of Public and Land-grant Universities (APLU), whose statement Dec. 21 urging action to avert a shutdown fell on deaf ears, said Wednesday that affected schools would likely feel minimal impact if the matter were resolved soon. But the longer it drags on, halting about one-fourth of government funding, the more potential for damage, the APLU noted. 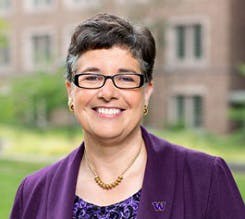 “The problem with the shut-down is that there’s a communication breakdown between university-based researchers who are federally supported, and their colleagues and counterparts and program partners at the agencies,” Jennifer Poulakidas, APLU’s Vice President for Congressional and Governmental Affairs, said in an interview. “Prior shut-downs show that breakdown of communication is problematic. Shutdowns are wasteful and inefficient. It takes money and time and energy to prepare for a shut-down, to shut down, and then re-open. Those are resources that will not be spent on science, and so it’s just a big waste.”

The affected federal agencies and the White House Office of Management and Budget have taken the customary step of issuing guidelines to help grantees do what they must to comply with requirements during the shutdown. The APLU helps make affiliate schools aware of the developments.

Noting the University of Washington’s current research initiatives funded by the USDA, Environmental Protection Agency (EPA) and others, president Dr. Ana Mari Cauce strongly called for a quick end to the shutdown in a blog post this week.

“More than any single round of grant funding,” she wrote, “is maintaining our nation’s global leadership in science and innovation in an ever more competitive world. That leadership requires long-term and consistent funding commitments. The vacillating directions of federal research agencies based on political ideologies, coupled with the repeated specter of shut-downs or budget cuts, undermines decades of Americans’ investments in research and innovation. This situation doesn’t just harm researchers and universities, it harms the United States’ well-being, prosperity and leadership in the world.”

LaMont Jones can be reached at ljones@diverseeducation.com